Next up we wanted to head for the Forest of Galloway for some walking and mountain biking.

Heading back up to Newton Stewart we took a tip from the Scottish Motorhome Wildcampers facebook forum and used the BP garage there to top up our LPG. This garage doesn’t display that it has LPG (or Autogas) on it’s signage, and the pump is hidden between two normal pumps and not visible from the road, so goodness knows how it manages to sell any; we normally would have passed it by.  We also stopped for bread and milk, we have got slightly better at only buying what we need now.

Then we headed north into the forest. The Forest of Galloway is home to Merrick, the highest mountain in the southern uplands. Merrick is also the fore-finger in ‘The Range of the Awful Hand’, the name alone would be reason to climb it!

We headed for Bruce’s Stone carpark, past the visitor centre and up narrow single track lanes. Bertie skilfully navigated around low branches and holes in the road to reach the car park unscathed.

When we got to the car park half of it was blocked off because the farmer was loading a small herd of bullocks onto a transport. I may not have mentioned this before but I really don’t like bullocks, the way that they stare at all humans, particularly me, with angry resentment (probably justified as we have castrated them and are then going to eat them). It’s obvious that they are going to stampede towards you at any moment. So I was quite glad to see these bullocks being taken away, and to see the precautions the farmers were taking as they explained the cows were ‘not good with people’.It seems my antipathy is justified.

To while away the afternoon we took a walk around Loch Trool which took in a small section of the Southern Upland way. This is the site of the Battle of Loch Trool, which was arguably the first battle of Robert the Bruce’s campaign to re-establish himself as the king of an independent Scotland in 1307. Bruce’s stone was erected in 1929 in commemoration of this victory on the 600th anniversary of Robert’s death. The walk took us through areas of native woodland as well as plantations, past rivers and waterfalls and around the loch. A good leg stretcher for a cloudy day. 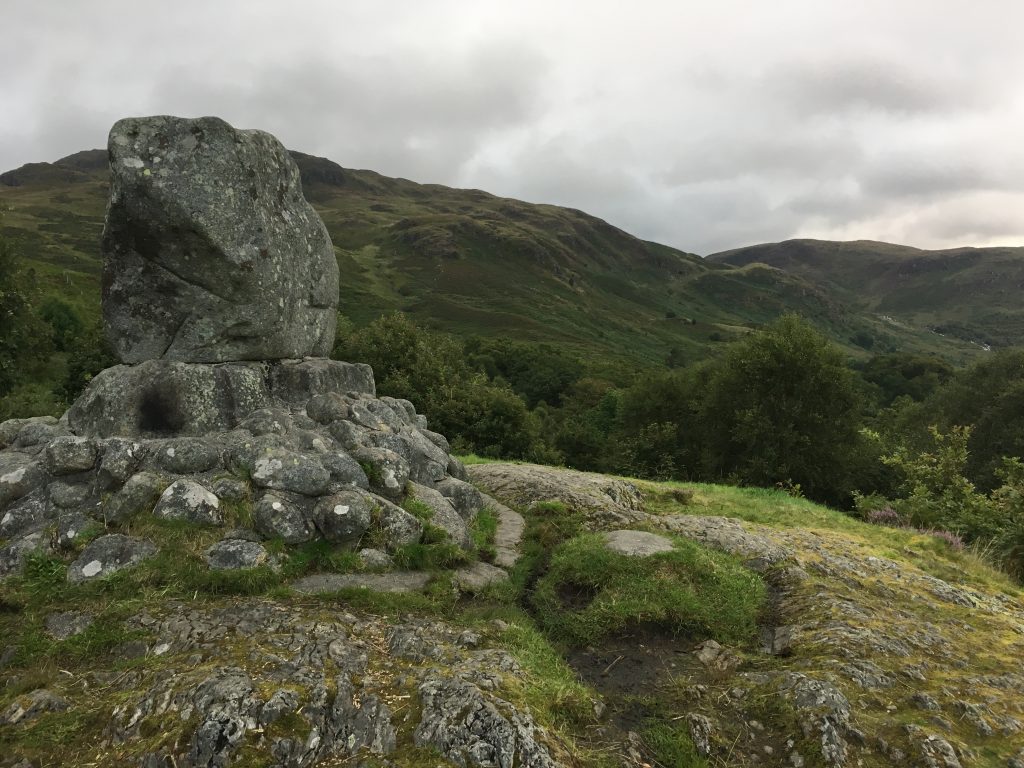 Bruce’s Stone and the views to the East 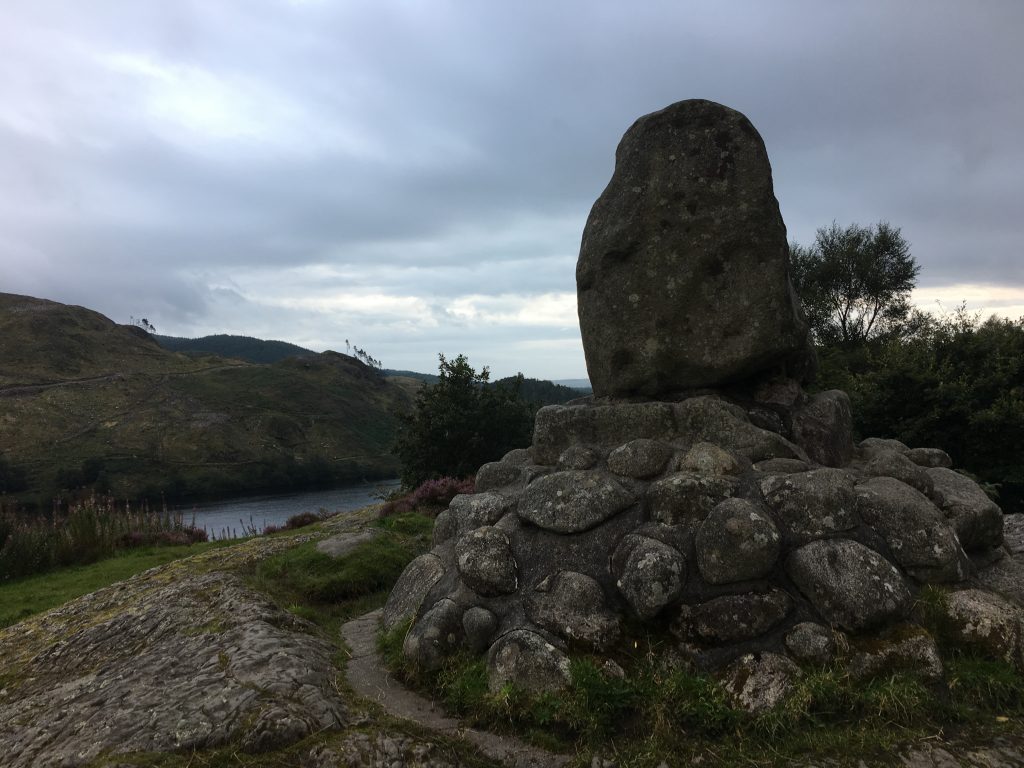 Bruce’s Stone and the views over Loch Trool

The Forest of Galloway is also a Dark Skies area, sadly for us the skies were dark with cloud so not a star could be seen.

1 thought on “Into the Galloway Forest”