The weather was settling into heatwave territory, even Snowdonia expecting temperatures of 27 degrees, so we decided we needed to find a campsite where we could stretch out the awning and make the most of the shade it would offer.

So we stopped at a campsite in the village of Llanuwchllyn http://www.bwch-yn-uchaf.co.uk/. A pleasant campsite, we pitched ourselves in the top field where we could see the station for the Bala lake railway and watch the steam trains going backwards and forwards. 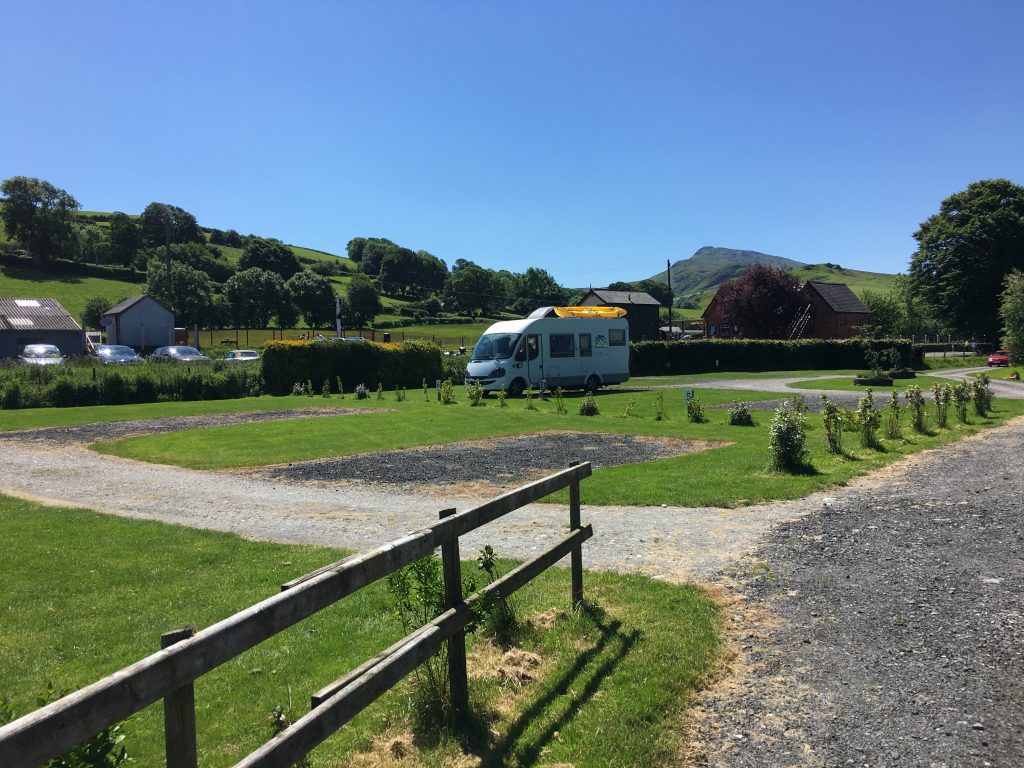 All alone in the campsite 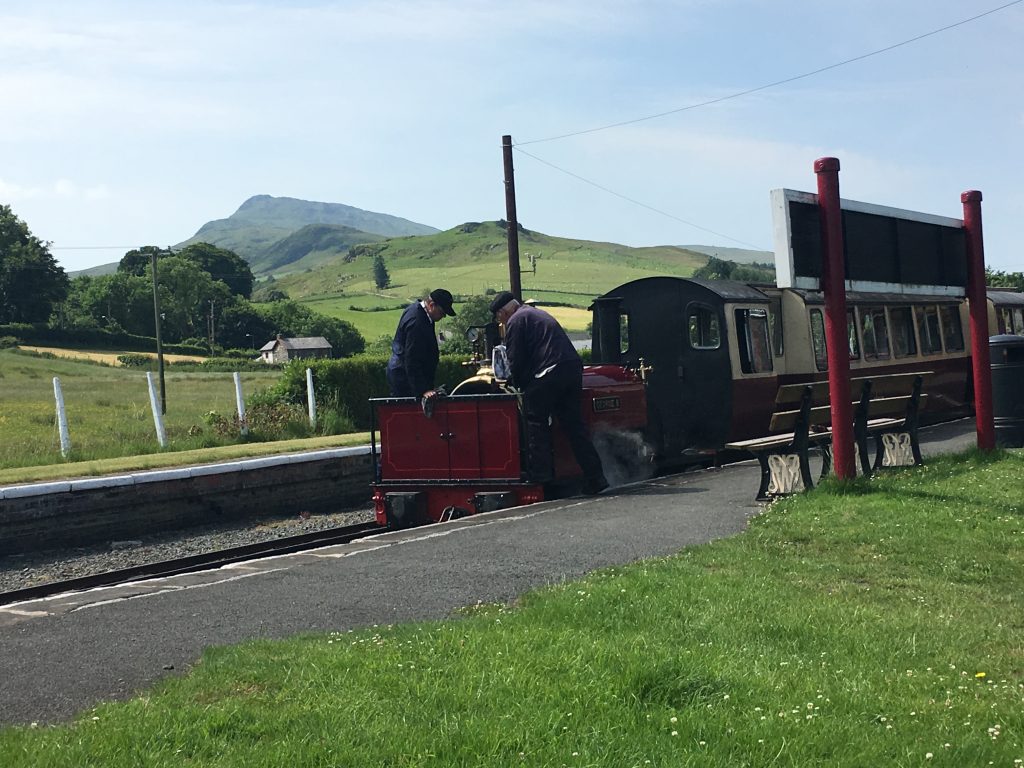 The location also gave us access to a walk up the Aran ridge in case we felt like it – which we did. One day of lazing in the shade is enough.

Our objective for Snowdonia is to tackle some hills that we haven’t climbed before. We have become creatures of habit in Snowdonia with Tryfan and Snowdon featuring in almost every trip we’ve done to date. To meet this objective I’d been studying the map, and Aran Fawddwy popped up as a good candidate for a substantial walk in southern Snowdonia.

We walked directly from the campsite and followed the well marked path all the way along the ridge as far as Aran Fawddwy before dropping down across featureless bog, through pleasant woodland and across fields to the village of Rhydymain. There was nothing particularly technically challenging about the walk, the most challenging thing was working out how to say Llanuwchllyn so that I could get the bus without too much embarrassment, but I was worried about two things – dehydration and thunderstorms. 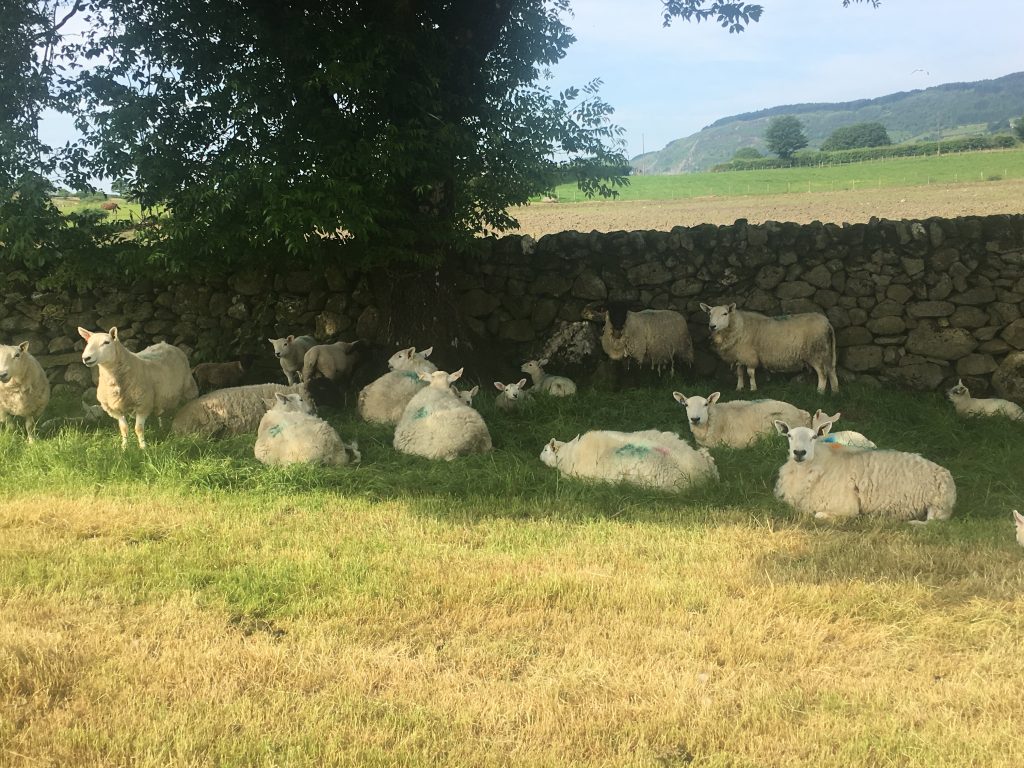 Taking shelter from the sun

The temperature was still in the mid twenties so we took as much water as possible, our Camelbak reservoirs are ideal for this as you can drink while on the move without having to stop and find a water bottle. But we also had water bottles and our flasks (it might sound odd to take hot drinks on a walk in such high temperatures, but it’s all liquid), all of which were dry by the time we got back. The thunderstorms didn’t materialise in the end, although each passing aircraft sounded like a potential rumble of thunder. There is a cairn on the mountain in memory of a mountain rescue member who was killed by lightening, which hi-lights the risk especially when you’re the tallest point on a mountain ridge. 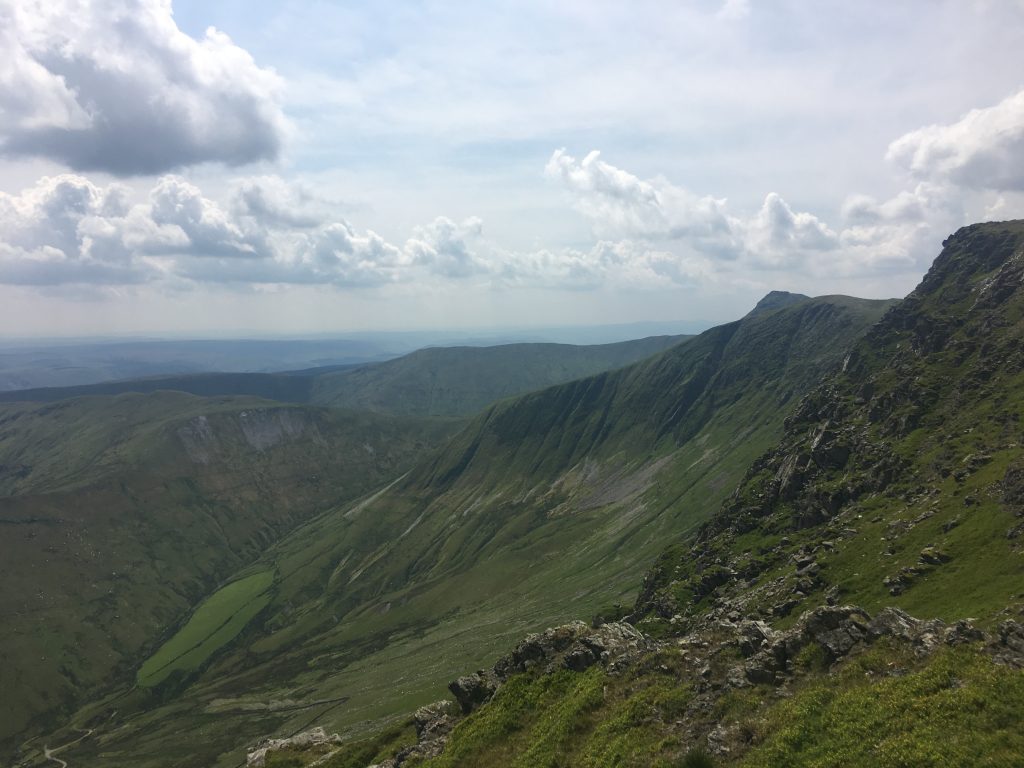 View along the Aran ridge

We nearly adopted a dog on the way back when we passed a farmhouse, but luckily a helpful lady we met near Rhydymain offered to take him back to his owners, he was known for going AWOL. IF we’d had to return him to the farmhouse we would have missed our bus and it would have been a long walk back.

That evening we were exhausted and too hot to cook for ourselves so took ourselves to the local pub Yr Eagles where we had a very nice meal. Standard pub meal choices but done well, including an exceptional Chocolate Torte for dessert. Just what we needed.