There was much excitement the next morning. Paul popped out for his morning cigarette and saw some movement in the water…it was an otter. Not the first otter sighting of our trip, but given the first sighting was claimed by Paul and I didn’t see any evidence of it, I think this is the one that counts.

The otter made his way through the water in front of us, occasionally ducking down to try and find something to eat. I was able to watch it as I made our breakfast and our packed lunch for the day until it moved out of sight.

We were off for a walk today as the weather had improved and there was even the threat of sunshine. Our plan was to take the coast path to Lagg where we would get the bus back to Kildonan. The plan didn’t come to fruition as I forgot to take my purse with me, I also hadn’t realised that the mysterious break in the path on the map was because there is a section that is only passable at low tide. Uncharacteristic poor planning on my part! Luckily we realised that I had forgotten to bring my purse with me in time to be able to turn around and get back past that point. Otherwise it would have been a long walk.

The path from Kildonan was along the raised beach that runs most of the way around Arran. The current beach itself gently shelves into the sea, then there is a short step up to the raised beach, a fairly level terrace a few meters wide, this butts up to steep cliffs where once the sea met the shore. The raised beach made the walking level going, but there was a lot of boulder hopping and bog avoidance to keep us on our toes. 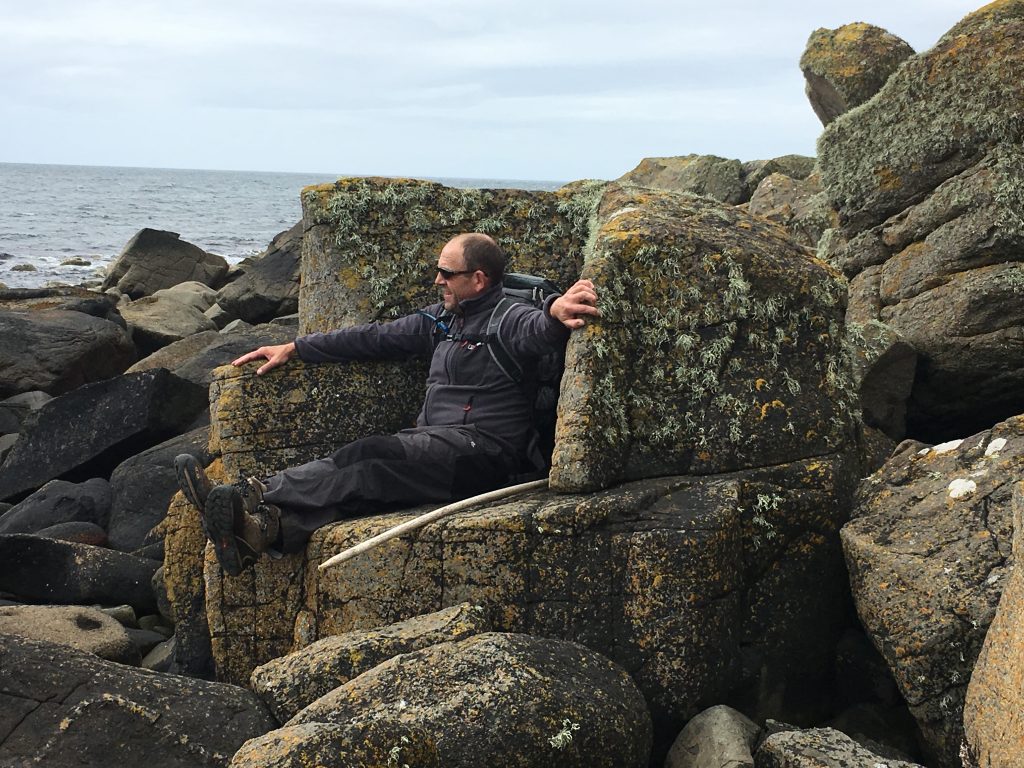 Just outside of Kildonan was a large colony of seals, most of them reclining on the rocks conserving their energy during low tide. They gave us plenty of opportunity to stop for a rest and some observation. 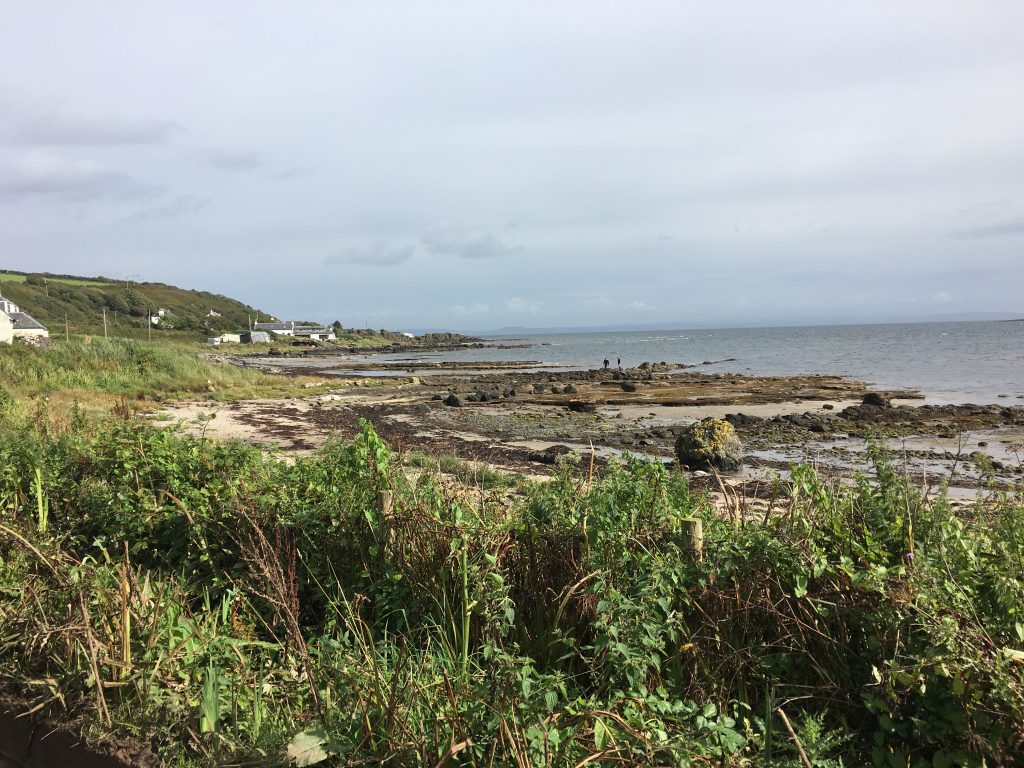 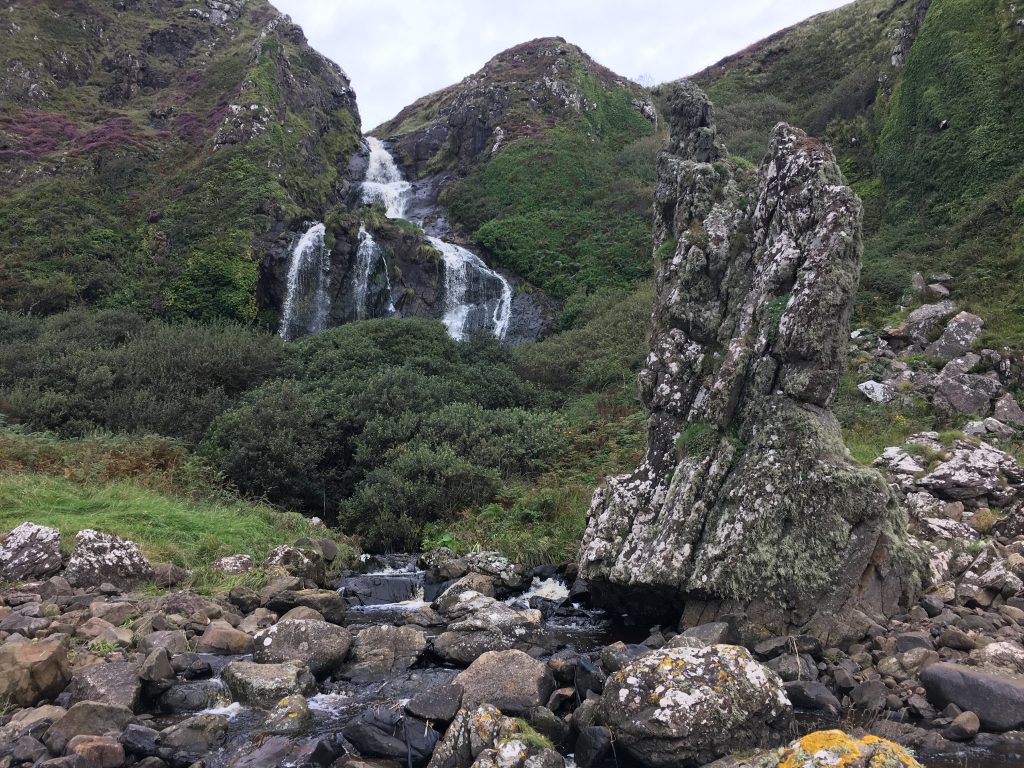 There were plenty of waterfalls rushing down the cliffs, and when we reached Bennan Head – the point at which the raised beach had eroded and the tide reached the cliffs – we saw the largest cave on Arran. A large, but not particularly deep, craggy fissure in the cliff. We really enjoyed this walk even though it didn’t turn out as planned the sun and the sea mammals more than made up for it. 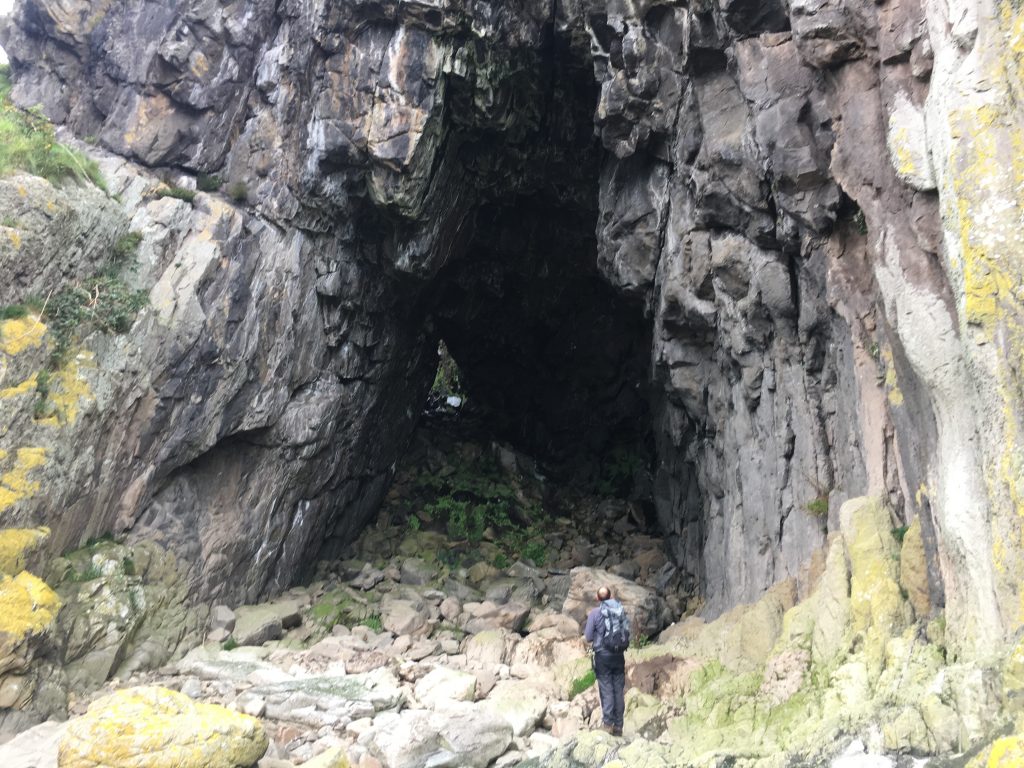 That evening we drove on up the west coast to a new parking spot at King’s Cave. We passed through the very attractive village of Blackwaterfoot with it’s pretty harbour and the steep cliffs of The Doon as a backdrop, but couldn’t stop because the good weather had bought everyone out for the day and the car parks were very busy.