We remained parked up in Glencaple for the next day and night. The next day was bright and sunny to start with, and although it clouded over later and there were some spots of rain it was mostly a pleasant day. To make the most of it we took a bike ride south along part of Sustrans route 7 which roughly follows the coast of the Solway Firth.

The coast here is low lying and extremely tidal, there are expanses of rushes and lots of the distinctive Reedmace with it’s fat sausage-like flower spike. Between the taller plants and the sandy tidal flats is low lying salt marsh. So the road is quite a way back from the water.

This type of land is a haven for birds and wildlife and the majority of the area is owned and managed by the Wildfowl and Wetland Trust. We stopped off to walk through some of the paths of the Caerlaverock Wetland Centre, but the only thing of any significance that we saw on our short ramble was a tiny Natterjack Toad that Paul escorted off the middle of the path. 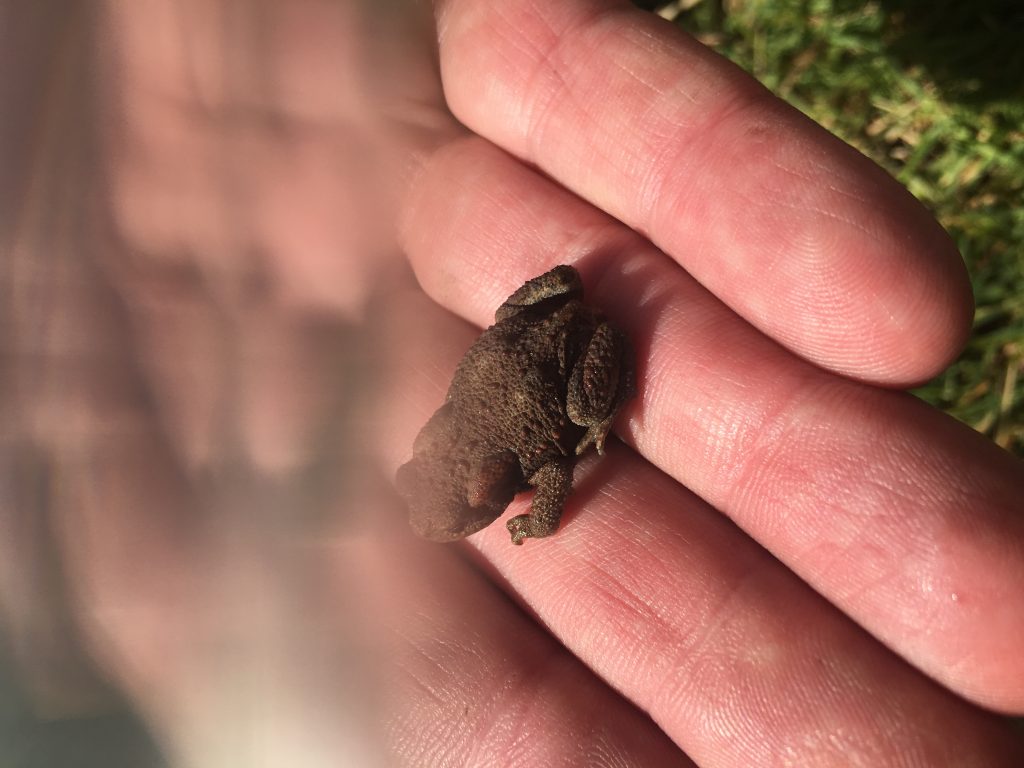 Natterjack toad – looks like my phone case was misting up 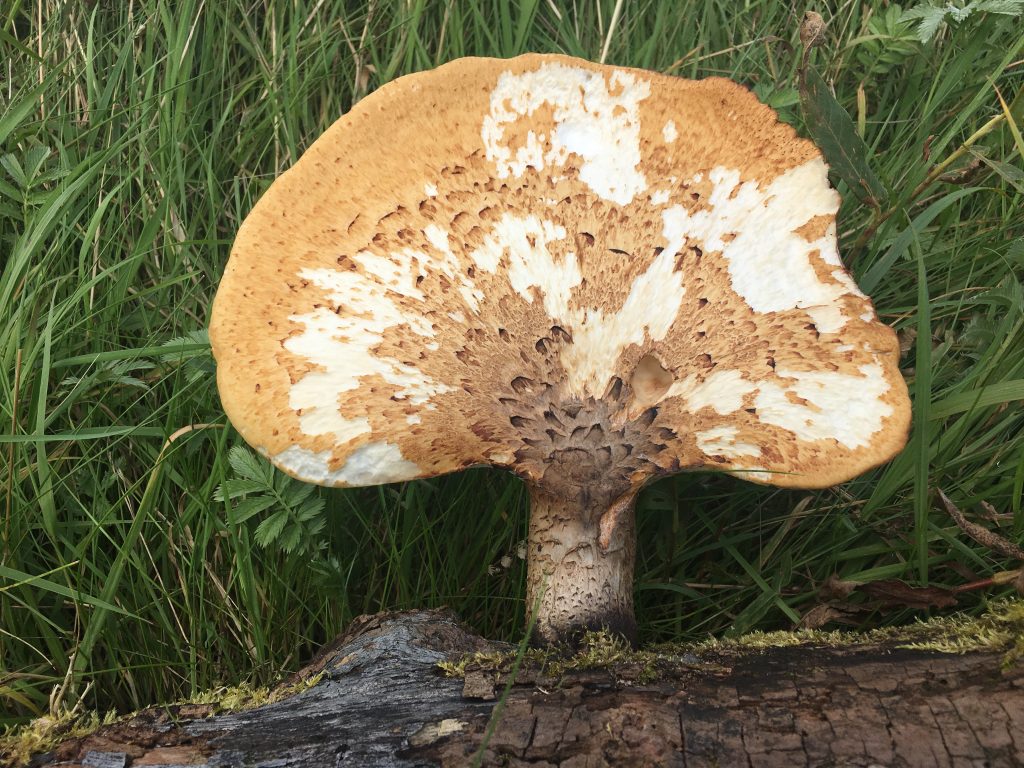 When we got back to the parking spot there was a minor drama, a couple of police cars and a someone wearing a hi-vis vest marked ‘Rescue’ turned up and focused binoculars upstream. Eventually a police helicopter made a circuit overhead – we were on tenterhooks – was something drifting downstream towards us? What would it be?. We could hear some of the radio conversations but were still none the wiser when they all eventually departed without anything of interest happening.

While we were here we had a chat with a Estonian lady who was asking where she could get rid of her toilet and grey waste. We commiserated over the lack of French style facilities as I explained that designated disposal areas are few and far between and she would probably need to go to a campsite every few days. There are a few places that provide facilities – some of the Scottish Islands for example – and it does appear that the increasing popularity of Motorhomes is starting to make an impression on local councils. For example our home town of Exmouth looks to be planning to provide motorhome facilities in town as well as designated parking spaces. If this comes to fruition I think it would be great for the town. Fingers crossed!