About 6 weeks ago we were on our way to Northumberland to spend a couple of weeks with Aaron and fiancé Kate, both of whom serve in the RAF. Now we were on our way back again to celebrate their last minute decision to tie the knot.

During the two weeks we spent with them they had shared their thoughts on their potential wedding. They didn’t want anything over the top and had been considering going abroad with close family and friends, or maybe a small wedding in the UK. We joked about them running away to get married without telling anyone. It was obvious they had been discussing their options and had lots of factors to consider, not least the armed forces rather old fashioned approach to couples (i.e. you have to be married or in a civil partnership to be considered for benefits like married quarters). Little did we know that a couple of weeks later they would have evaluated their options and decided to go ahead with a small wedding as soon as possible, although perhaps we should have seen it coming.

With Kate due to be posted abroad in mid September they didn’t have a huge window of opportunity, and so the date was set as the 1st. We were notified by WhatsApp – how else would you let your parents know that you were getting married! Paul’s suit was dusted off and I ransacked the storage unit for possible dresses and had a minor meltdown when I couldn’t find any of my nice shoes. We booked a small site in Alnwick so that we could be within walking distance (the Shepherd’s Rest was expensive for a certified site, but we were paying for convenience).

Before we made our way up North we spent a few days in Taunton with my family, this time including youngest sister (also called Kate) and her two children. Then we made the long journey north, stopping off for a night in the carpark of the Bluebell Inn near Shirley in the midlands. 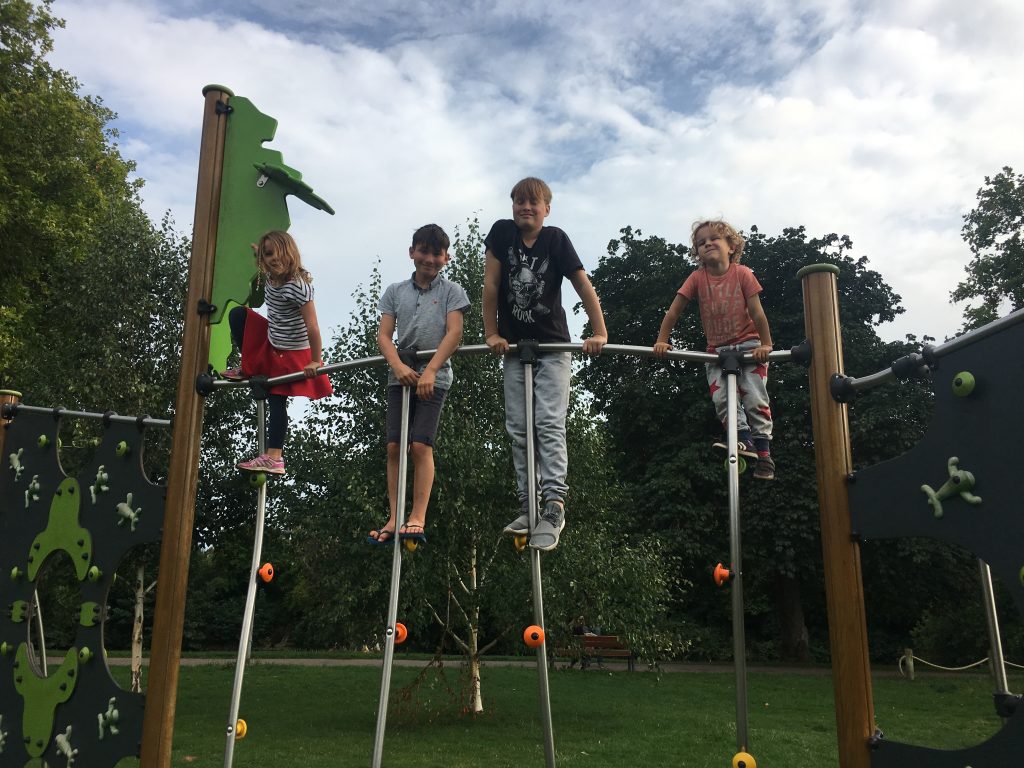 Entertaining the kids at French Weir park in Taunton

After a lovely intimate wedding with plenty of good food and drink, as befits such a food obsessed couple, we followed them down to Scampton where they were picking up the keys to married quarters. A substantial but empty three bedroomed house. Our role was to be there when various deliveries arrived and help sort out the various practical needs of moving into new accommodation. A flat pack extravaganza later and their house was looking more like a home and we could leave them to enjoy it for the few days before Kate’s posting. 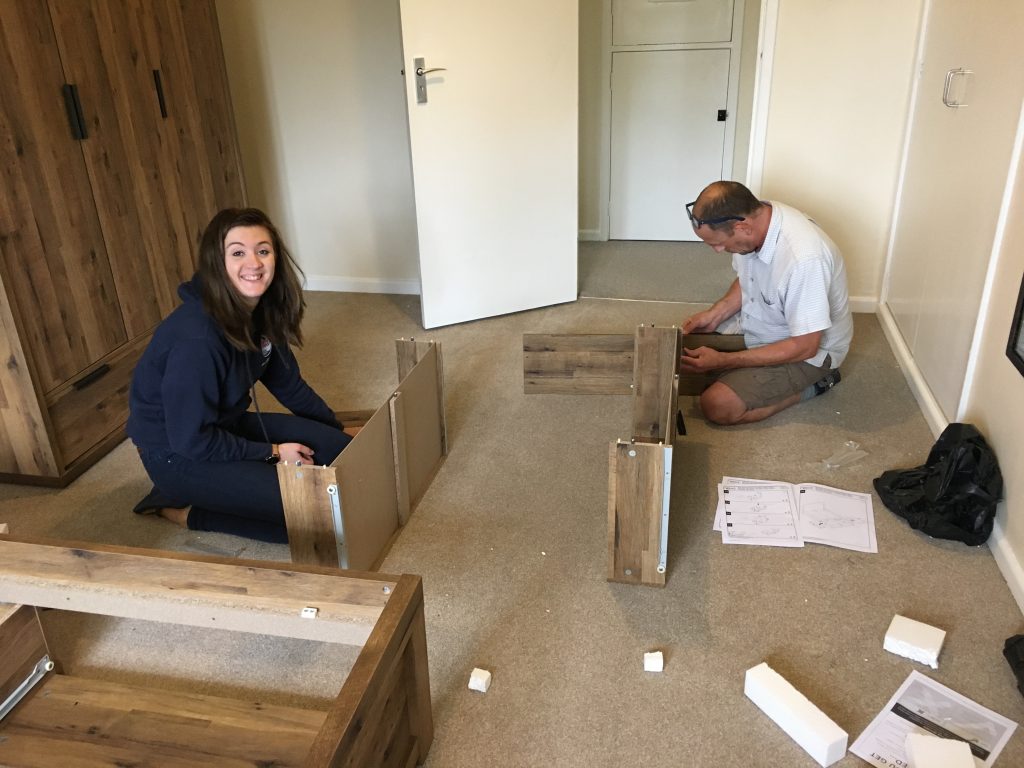 Flat Pack heaven – I was reading the instructions!

We are so proud of Aaron and Kate. No one can ever know what life has in store for them, but it’s always better with someone you love by your side. Here’s to the happy couple. 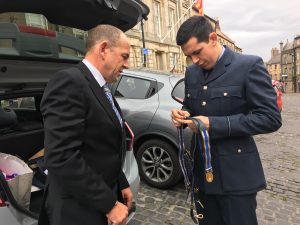 Preparing for the event 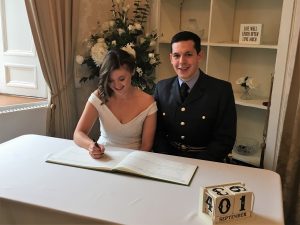 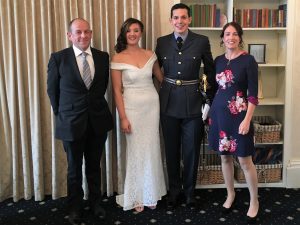 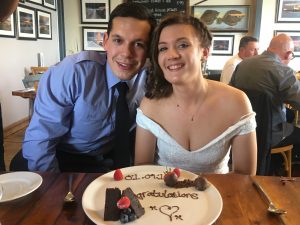 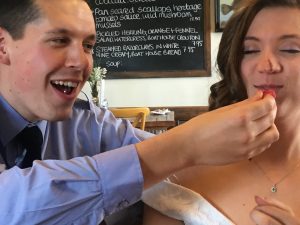 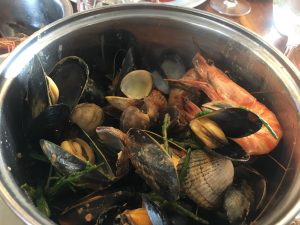 Seafood was on the menu 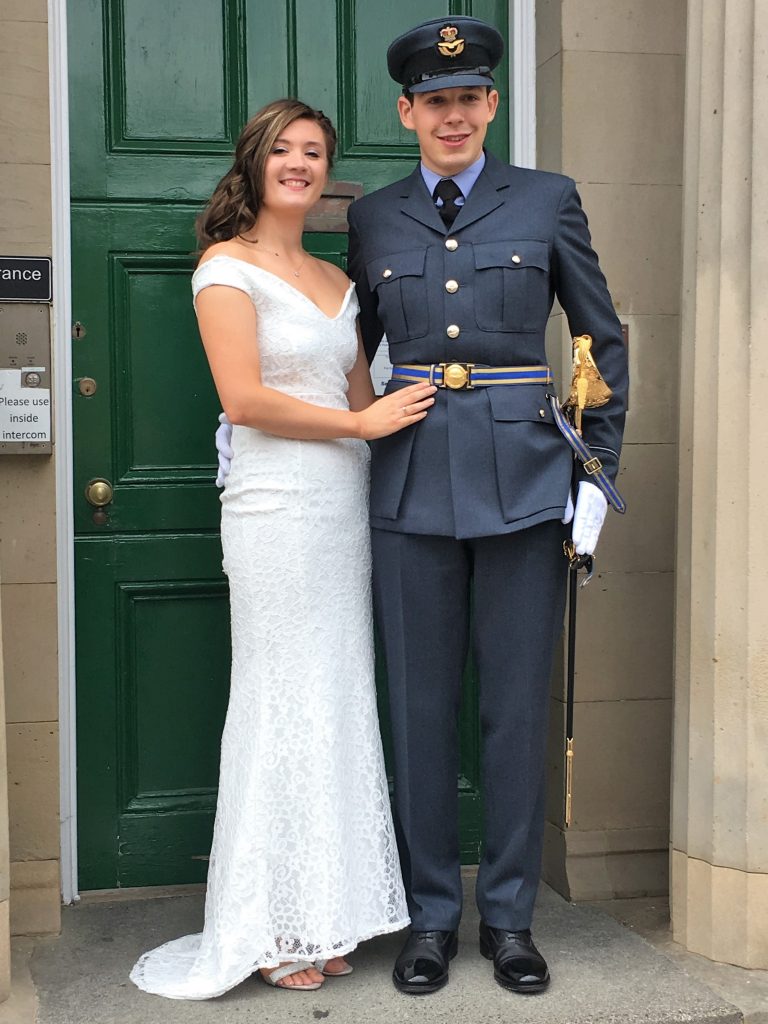 1 thought on “An Unexpected Journey”