As soon as we got a sniff that campsites might be allowed to open we started thinking about getting away in Bertie.

Although neither of us felt any trepidation about going away, it was impossible to avoid the fact that there were (and still are) lots of very anxious people, especially those still shielding, but also those who are simply concerned for themselves and their loved ones.

Living in a seaside town, we could see both sides of the debate up close. From one perspective we are living in a town with a low COVID rate and so potentially very susceptible to new infection. On the other hand our local economy is very dependent on tourism. The huge Devon Cliffs holiday park plus smaller campsites, B&Bs and hotels significantly increase the local population and bolster local business. It is a delicate line for the government to tread, between keeping the population safe and keeping the economy going.

There were  a lot of people on our local social media who didn’t want anyone visiting from out of town, especially from those perceived high COVID cities of the Midlands and North. The pictures of Bournemouth beach had put people in fear of a mass invasion, and Exmouth had its own problems with groups of bored youths causing trouble and prompting an increased police presence on the seafront (fingers crossed, the measure seem to have worked). The social media reactions to potential visitors were so unpleasantly venomous at times that people were put off visiting and you can still see the occasional person asking whether Devon and Cornwall are welcoming people yet.

But we all know what social media is like; a very vocal few can give a skewed impression of the views of the majority. In reality we could see that most people in our own town were hoping for a level of tourism to  bring the town back to life. Large numbers of tourists were already visiting for day trips to the beach but many local businesses were unable to capitalise on it. Seeing this acceptance at home made us more confident that we would mostly be welcomed if we took a short trip down to Cornwall.

But before we could do that we had one very important event to organise. My Mum and Dad got married on July 4th 1970, and had been planning their Golden Wedding celebrations for a year. It seemed such a shame that COVID had caused those celebrations to be cancelled. With the help of my sisters and Nan we organised a small surprise garden party to make sure that the day didn’t go unmarked. The family and friends who were due to attend the celebrations provided video messages, both moving and hilarious. 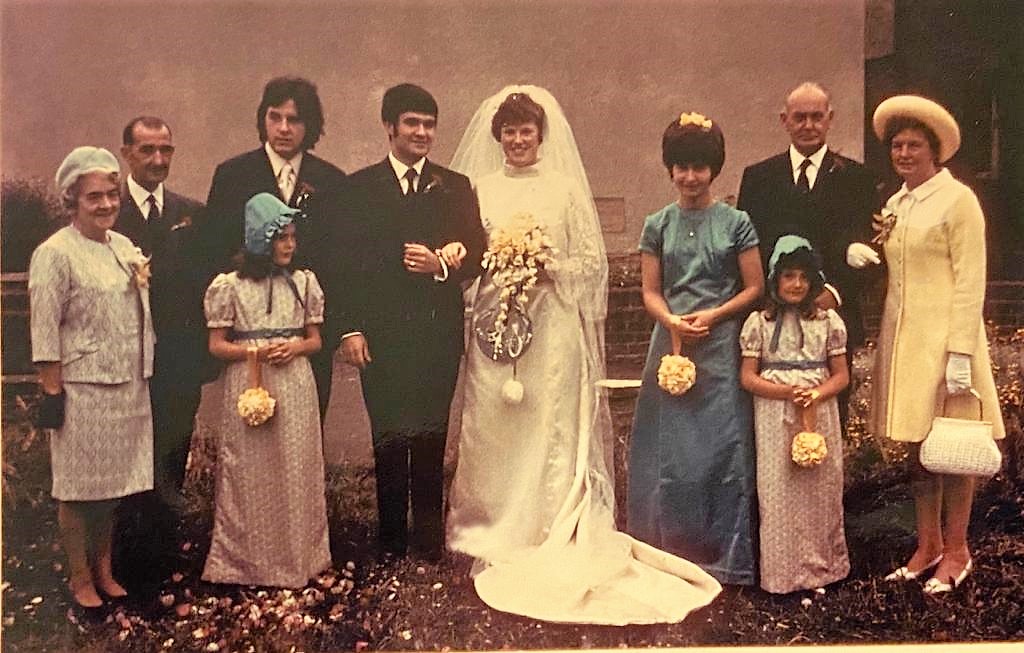 Then we were off in a newly washed Bertie, down to Cornwall and Pentewan Sands holiday park. 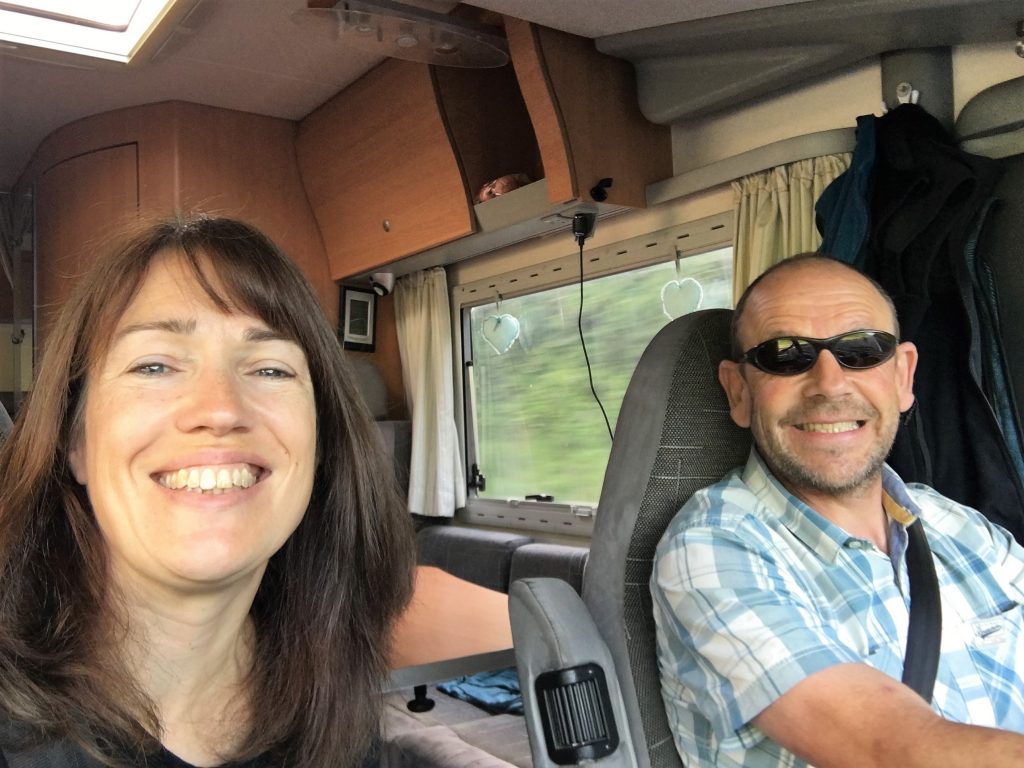 Happy faces as we make our way to Cornwall

Pentewan Sands is a large holiday park on the coast south of St Austell. It has direct access to the beach and you pay for that privilege. The pitches are large and well spaced out and the facilities are usually spotless.

We turned up to find the campsite as well organised as we were expecting. The reception was set up with perspex screens protecting staff and customers, the facilities were being cleaned more rigorously than usual including a daily deep clean. The swimming pools were closed but the bars and restaurants were set up for socially distanced drinks, eating in and take-aways. Friends had arrived the day before on ‘Super Saturday’ and had experienced some of the unwelcoming behaviour picked up on by the media. By the time we arrived on the Sunday they had obviously got bored and we had a pleasant uninterrupted journey.

Our long weekend was an opportunity to catch up with friends and to get out and about. Socialising was easy, spread out in our camping chairs on the large pitches and making visits to the local pub where track and trace was being taken seriously.

A short morning stroll took us to the pretty little harbour town of Mevagissey. It is easily reached either along the cycle path inland or along the coast path, and Joining both together makes a pleasant and easy circular walk, Mevagissey itself was as quiet as a weekday in February. Most businesses were open in some way and we shopped for a few bits and pieces, feeling a responsibility to put some money into the economy. A couple of pasties gave us our picnic lunch for the return journey.

Another morning’s activity was a cycle ride, taking advantage of the Clay Trails cycle and walking routes. We took the mountain bikes out along the Pentewan Valley trail to St Austell and then north of St Austell around a loop of cycle tracks and quiet lanes. The Pentewan Valley trail is a nice flat trail following the river along the route of the 19th century narrow gauge railway built to transport China Clay to the old harbour at Pentewan. The harbour is now land-locked but you can see some of the old rails and points, plus the locks and gates of the original harbour entrance at Pentewan village. From St Austell the trails get more  hilly. You could ride as far as the Eden project if you wanted to make it a good day out, but we were just happy to give our legs a bit of a work out.

Getting back out in Bertie just made us want more of the same. While we were away we booked up a couple more long weekends over the summer. Then we’ve got a week off work in September; we’ll leave plans for that week until closer to the time. 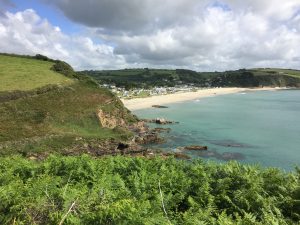 Looking back over Pentewan Sands 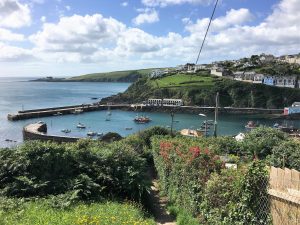 Views of Mevagissey Harbour from the coast path. 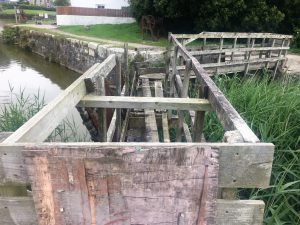 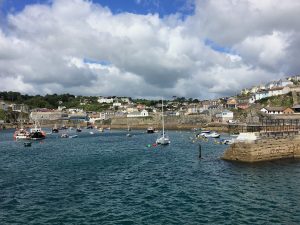 Mevagissey from the harbour walls