Inland from Benicassim and Castellon is a small area of hills that had been calling to us each time we visited. A quick google search showed that the natural park had plenty of walking and mountain biking trails. We also picked up a bit of information about the area which was named a ‘desert’ because that was the traditional name for the places used as retreats by Carmelite monks. There are plenty of hermitages and monasteries in the area, ruined and intact. Pretty obviously there are also plenty of palms growing in the natural park.

We decided we would do a round trip walk, taking in Bartolo – the highest mountain in the region – and then walking the ridge to the Coll de la Mola. Our starting point was to be the mirador of San Jose, a large area of parking that we were pretty sure we would be able to get Bertie in. The mirador faces towards the sea and has fantastic views down the valley over the ruins of one of the hermitages. It’s a pretty perfect place to go for a picnic as well as a good starting point for a walk. 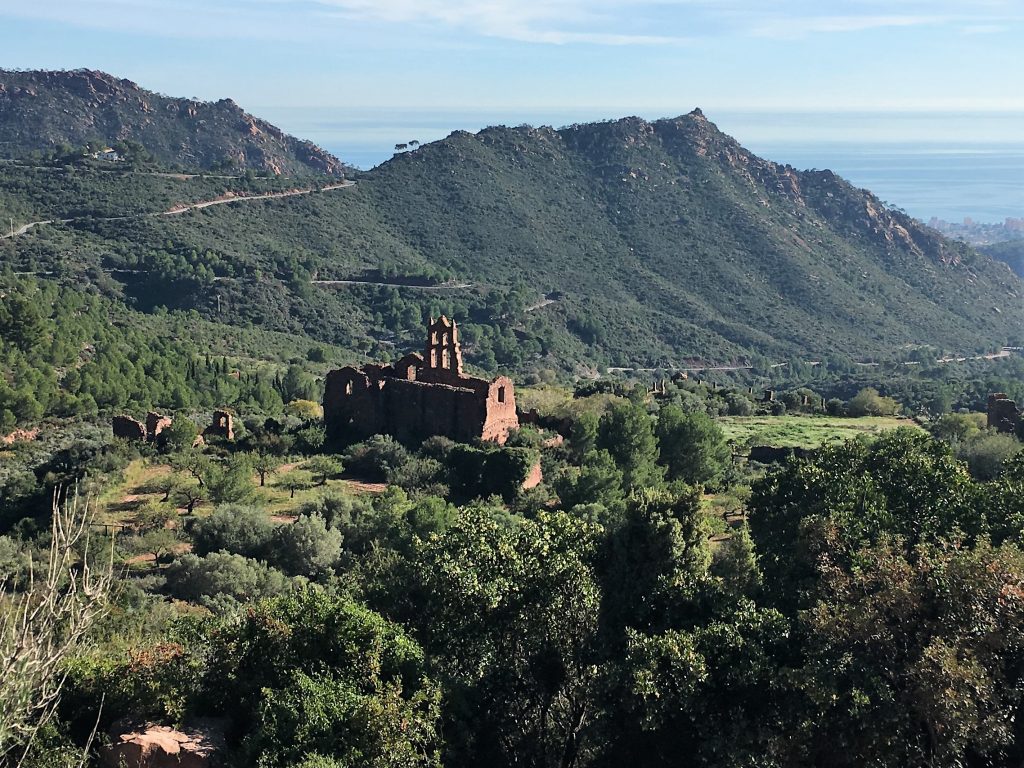 Views from the mirador

To start our walk we headed east along the road from the mirador and next to a tiny chapel we struck off north on a signposted path. Bartolo was to the north of us, the large collection of antenna on the summit impossible to miss. The path was surrounded by the usual meditteranean scrub, fragrant with rosemary and thyme and buzzing with bees. 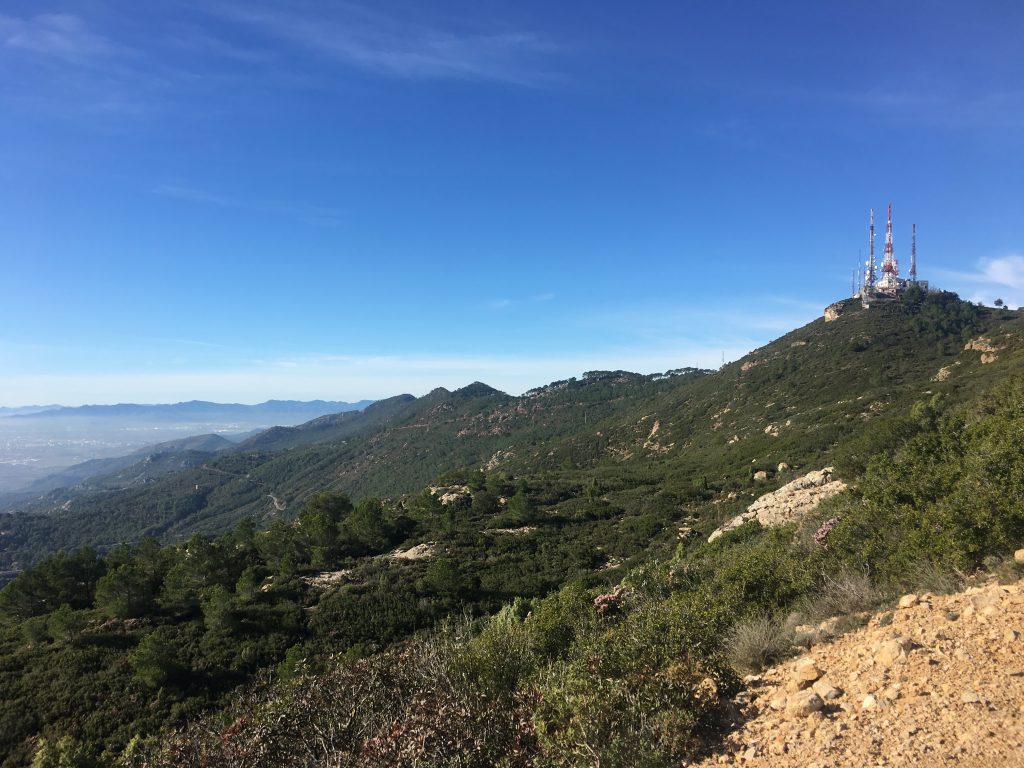 There was plenty of signposting on the route and we soon met an obvious red dirt track up towards the summit, this was also a mountain biking route, wide and smooth. It got a bit boring so as we approached the summit we took a slight detour to stay closer to the ridge.

The summit was busy with pedestrians, runners and cyclists enjoying their Sunday day out, we stopped to take in the views and drink our flasks. The weather was lovely and sunny and the views were far reaching, if a little hazy. 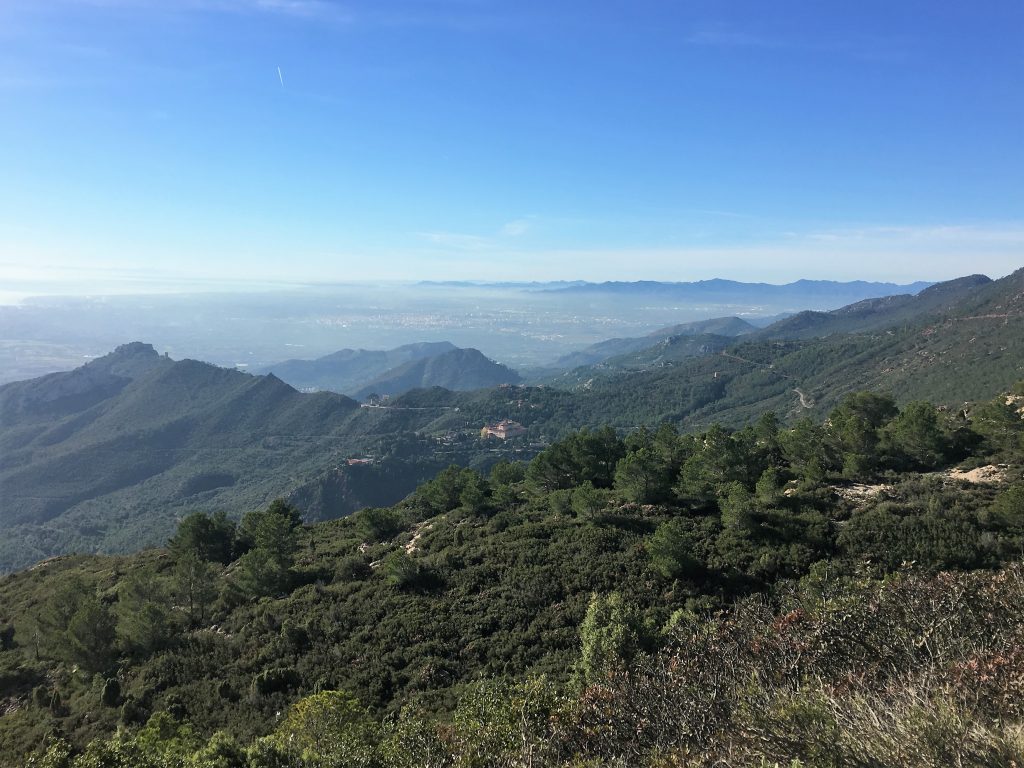 Distant views along the Castellon coast

From Bartolo it was easy to follow the path along the ridge to the Coll de la Mola, this section of the walk was the highlight of the day, a beautiful rocky path with a bit of very very minor scrambling over boulders and sloping rocks, always with great views and enough shade giving trees to keep us from getting overheated. 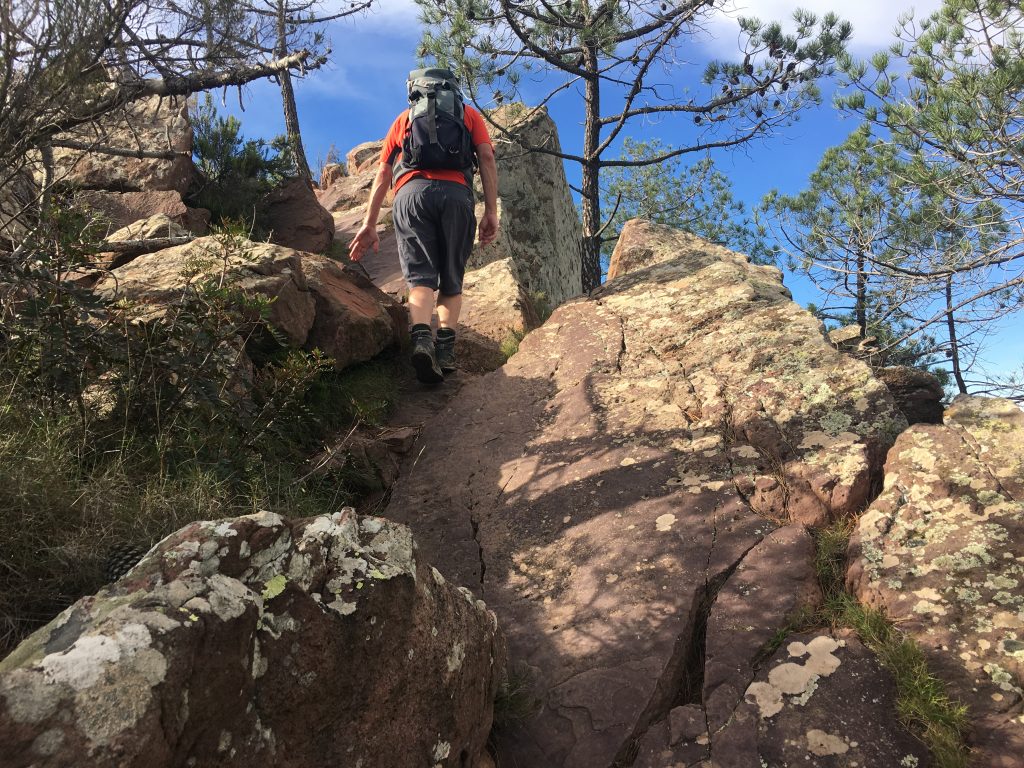 Fun times on the rocky ridge

Once we reached the Coll de la Mola we were on the home stretch of the walk, following signs to the information centre and then the monastery to bring us back down to the van. 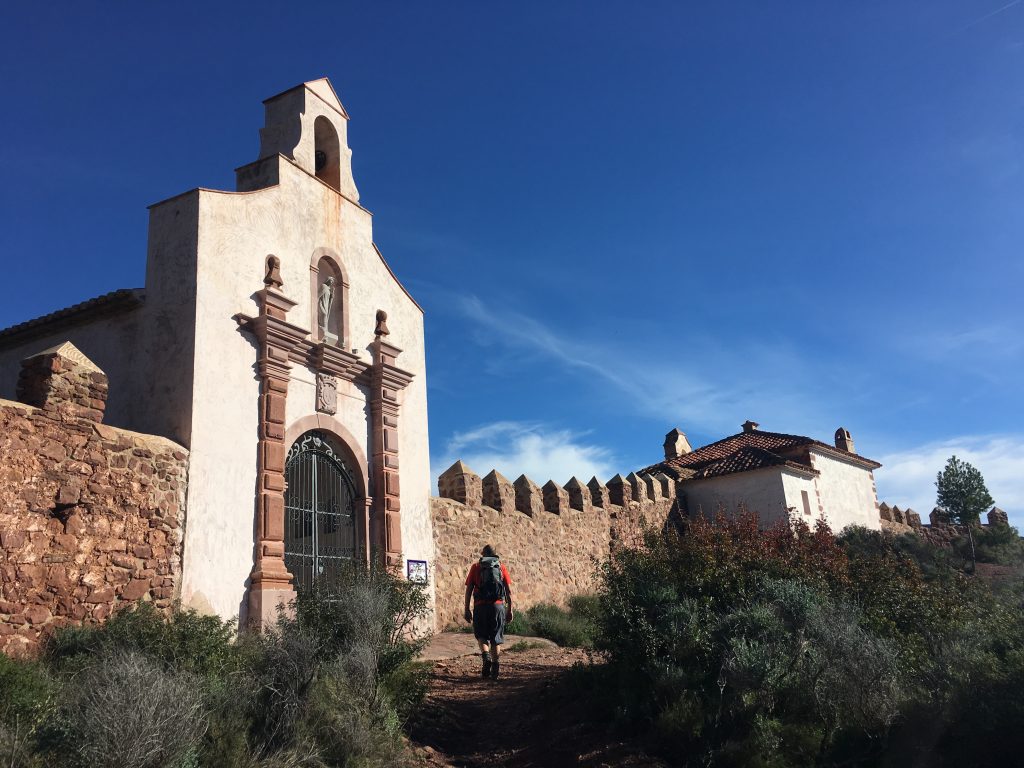 This was a super walk with lots of variety. We considered staying up on the mirador overnight, but sometimes the police can be funny about people parking in natural park car parks and we didn’t fancy having a drive down the hills in the dark. Instead we drove down to Torrenostra and found a nice bit of parking behind the beach.