Lake Annecy is a justifiably popular tourist destination, a beautiful glacial lake surrounded by mountains and cliffs in the Haute-Savoie region of France. I have to admit to being very hazy about French geography as it is somewhere we have passed through rather than visiting in it’s own right so I cant tell you much about the area apart from the fact that it is extremely attractive and made a sensible stop on our journey back to the UK.

We stayed on a small free parking spot here with a couple of other motorhomes, it had a 24 hour maximum stay and no services but was peaceful enough and shaded under the trees. It was next to the paragliding centre where a steady stream of paragliders were landing after taking off from the high ground on the other side of the lake. We watched their swift descents with our hearts in our mouths as they swung round and round to lose height. Then they would pack their equipment into a large rucksack and catch the bus to go up and start all over again. Although the descent looks stomach churning, the graceful soaring flight over the lake looked like an amazing experience. 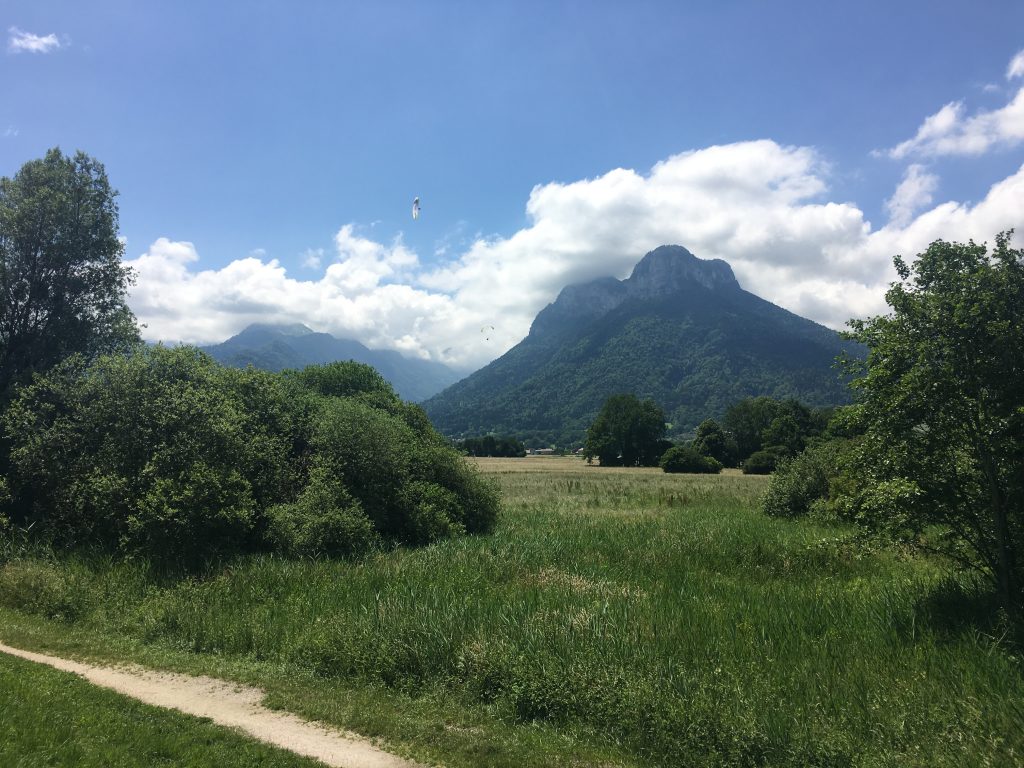 While here we cycled around the lake making use of the cycle path that ran just next to our parking spot. This route of just under 40km is not very strenuous. We decided that we would tackle the only hill as soon as possible, so made our way around the south of the lake following small roads through Verthier to get to the eastern side of the lake where we picked up the roadside cycle path. We followed the edge of the lake closely until Talloires where the hill started, a short sharp ascent of around 100m that took us around a nature reserve before we descended back down to cycle through lanes past some rather nice properties who hogged the lakeside views. 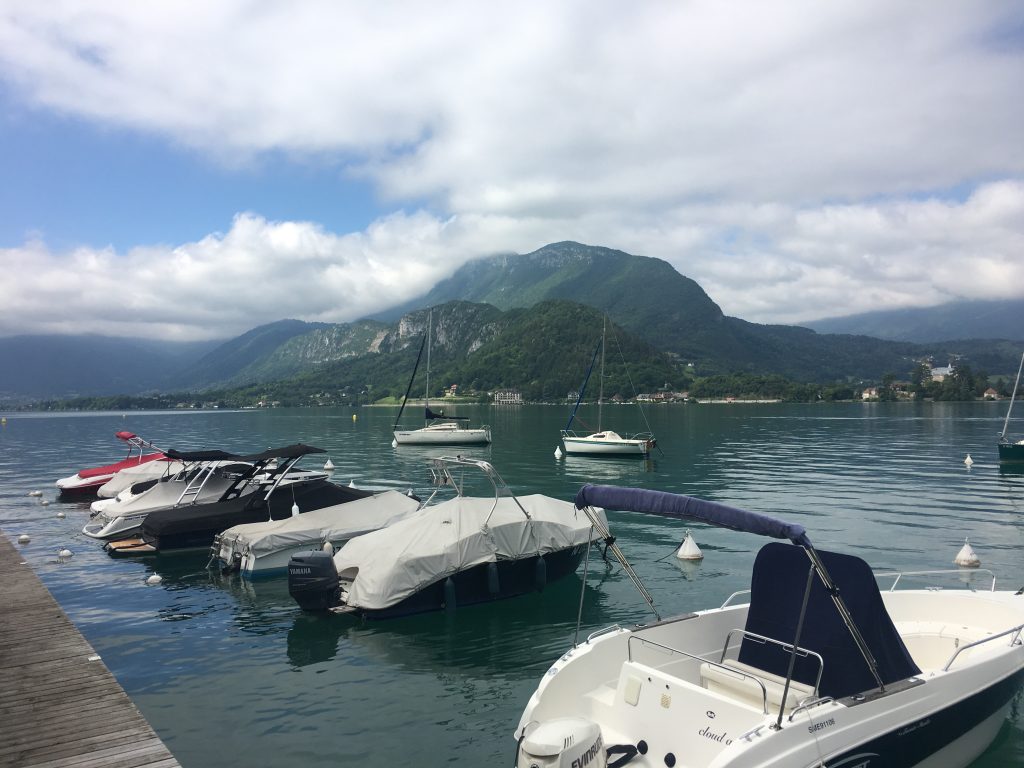 As we approached Annecy it got busier and busier, the town itself was attractive with a pretty lakeside park and some nice pedestrianised streets, but we were only passing through. The cycle path was partly on busy roads through Annecy which made route finding and manoeuvring a bit awkward, but we were soon back on the cycle path that led down the western side of the lake. 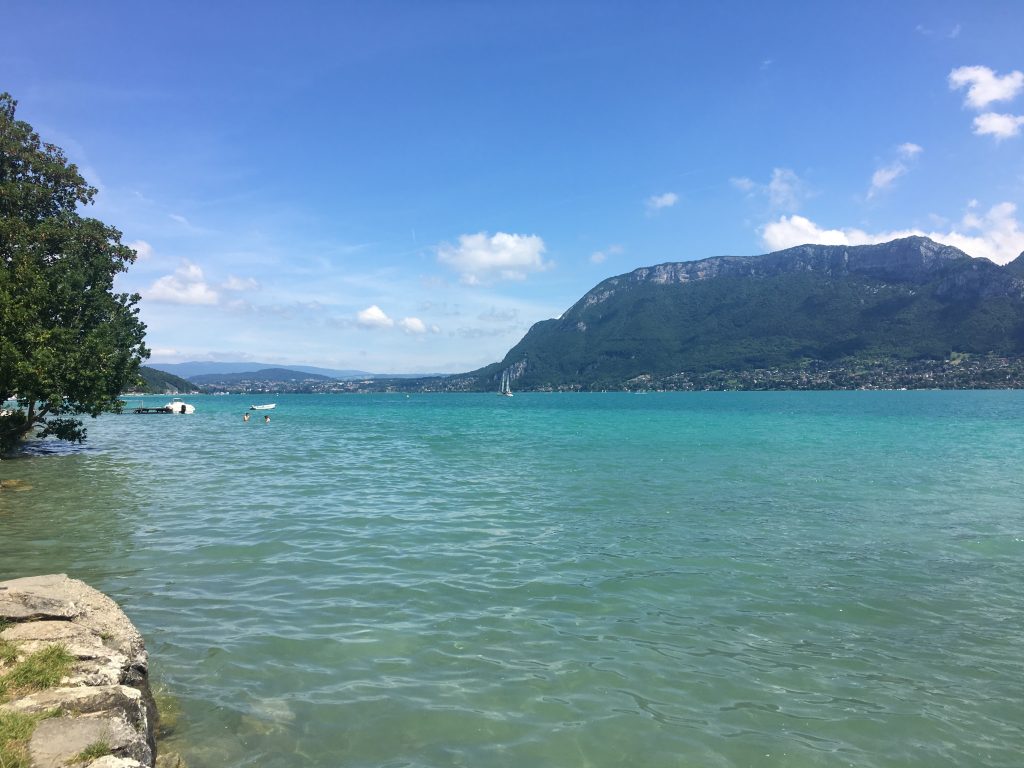 We stopped for lunch at one of the green spaces where a group of English tourists were swimming in water they described as freezing. Given that the lake is fed by mountain streams I’m not surprised, it must take quite a lot of sun to warm it up.

We couldn’t hang around here as we needed to make our way back for the ferry, so that evening we moved on, but I have no doubt we’ll be back.