Enid Blyton, author of the Famous Five books (amongst many others), was a great lover of the Dorset countryside, particularly the Isle of Purbeck and it’s main town Swanage. You can see how closely the landscape resembles the descriptions in her books, the ruined Corfe Castle, the bay at Lulworth Cove, the heathery moorland of Godlingston Heath. Any trip to the area brings back memories of reading her books. Of course when I read her books nearly 40 years ago I had no idea of the controversy that would arise over their racist, sexist and classist content, I just saw them as wonderful examples of the adventures that could be had by children who managed to escape their parents.

It hadn’t been long since our last visit to the area with my Nan, and we had promised ourselves that we would return in Bertie to do some more exploring. So when I looked on the Out and About App and found that there were three Temporary Holiday Sites in the area we knew we would be heading that way. 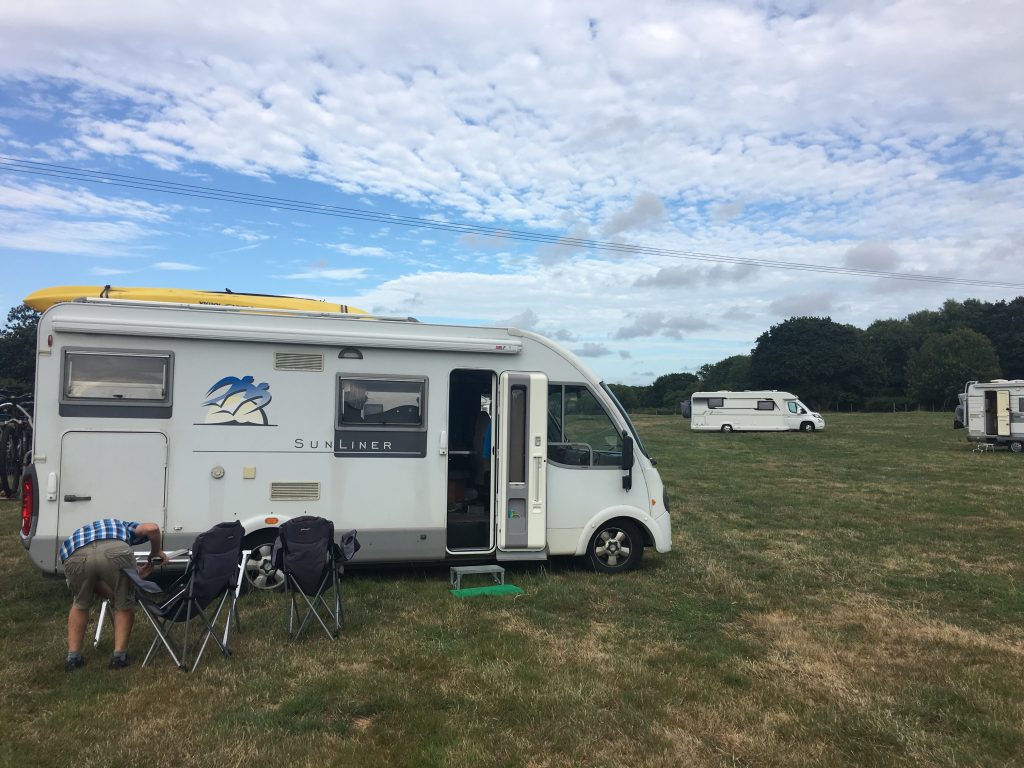 For anyone unfamiliar with Dorset, the Isle of Purbeck is not actually an island, but is a peninsular bordered by Poole Harbour and the River Frome to the north and the sea to the south and east. A line that runs roughly from Wool in the north, to Lulworth Bay in the south, makes up the western boundary. There are extensive firing ranges on the moorland, which are not usually used in summer or during weekends. Activity on the firing ranges can make some places inaccessible but you check up online.

We ended up spending a week on the THS near to Corfe Castle. The area is beautiful and has lots of opportunities for getting outdoors. We took two long walks, one along the chalk ridge to Studland and then to Swanage, the other south, following the Purbeck way to the coast at Chapman’s Pool and then along the coast path to Dancing Ledge. There is an excellent summer bus service that runs around the Purbeck and Poole area and we used the buses to return to the campsite after we’d worn ourselves out, waiting for the next bus was a good opportunity for a beer. 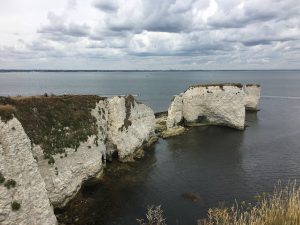 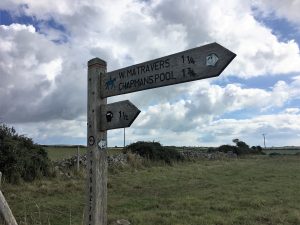 Helpful signs with the all important distance to the nearest pub 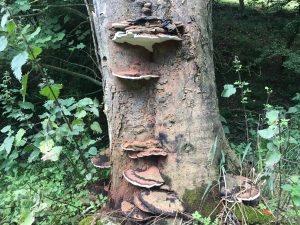 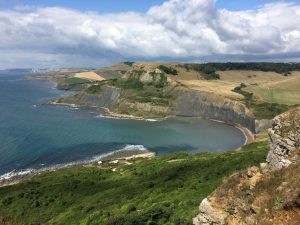 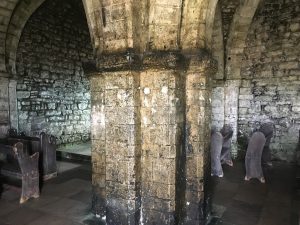 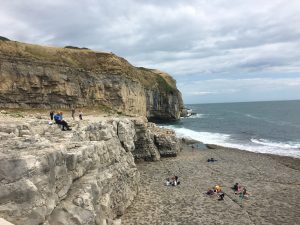 Dancing Ledge, a popular destination for climbing and coasteering

We had a bike ride on the cycle tracks across the heath, heading up to Arne nature reserve and then over to Studland. At Arne we wandered around the reserve and stopped to watch the birds wading in the shallow waters of Poole harbour  from the large hide. On a separate occasion we cycled to Studland where we met with Mum and Dad, my nephews, Auntie Margaret (Mum’s best friend from her school days), her sisters, children and grandchildren. In all there were seventeen of us and we joined the throng on what little space existed at high tide. The weather didn’t promise wall to wall sunshine but was still warm enough for swimming and a bit of SUP action. 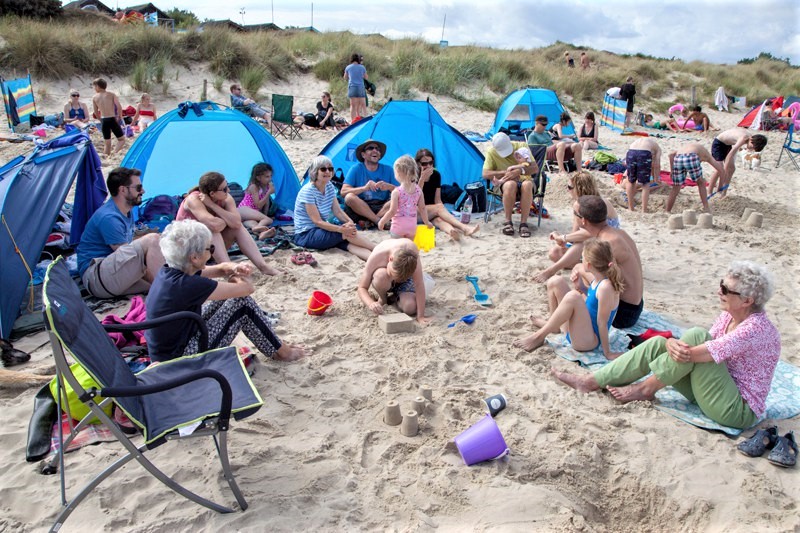 In Corfe Castle we visited the eponymous castle, bringing back memories of previous visits when Aaron was small. We wandered around the town and topped up supplies at the local shop and the bakery. The bakery seemed to be staffed with all of the local population of teenagers who spent a lot of time staring vacantly into space avoiding eye contact with customers. Our wanderings always took us through the station for the local steam railway service where we could watch the trains going too and fro. The sound of the whistle accompanied our stay in the THS, and when the final train had been put to bed in the evening we had the distant sound of firing on the ranges, and the sight of the Perseid meteors to keep us entertained. 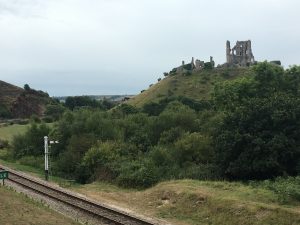 Corfe Castle across the railway line 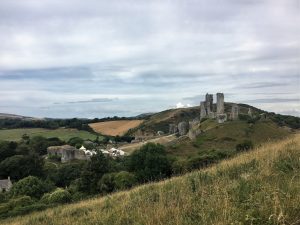 We didn’t solve any mysteries or drink any ginger beer but we had a blissful time in Dorset.