Off to the mountains for us next. The Brecon Beacons are supposedly named after the practice of lighting fires ‘beacons’ to warn of impending danger.

The road to the Brecons runs along the ‘heads of the valleys’ via old industrial towns like Merthyr Tydfil and the remains of that Victorian industrial heritage are everywhere, obvious with their slightly ostentatious and (given the dark stone of the area) forbidding architectural style.

The Brecons offer a wealth of parking/wild camping possibilities so we were intending to take advantage.

Our first night was at the National Trust carpark below Pen-y-Fan, we arrived on possibly the sunniest day so far in the early afternoon and watched the locals using this as their outdoor gym, turning up in lycra and trainers and making a quick dash up and back down the peak. That night the wind picked up and gusts rocked Bertie, the following morning was still brightly sunny but the wind was blowing, a better day for mountain walking as it mitigated the intensity of the sunshine. We were doing the horseshoe walk across Corn Du, Pen-y-Fan and Cribyn and then back along Graig Fan Ddu ridge. On the way we dropped down to the Neuadd reservoir where we could see one of those Victorian structures, a huge towered dam/weir which was no longer holding back any water as the reservoir had been drained.  Despite the wind keeping the temperatures down we were still very happy to see the ice cream van at the bottom to reward us for out 10 miles in the mountains. 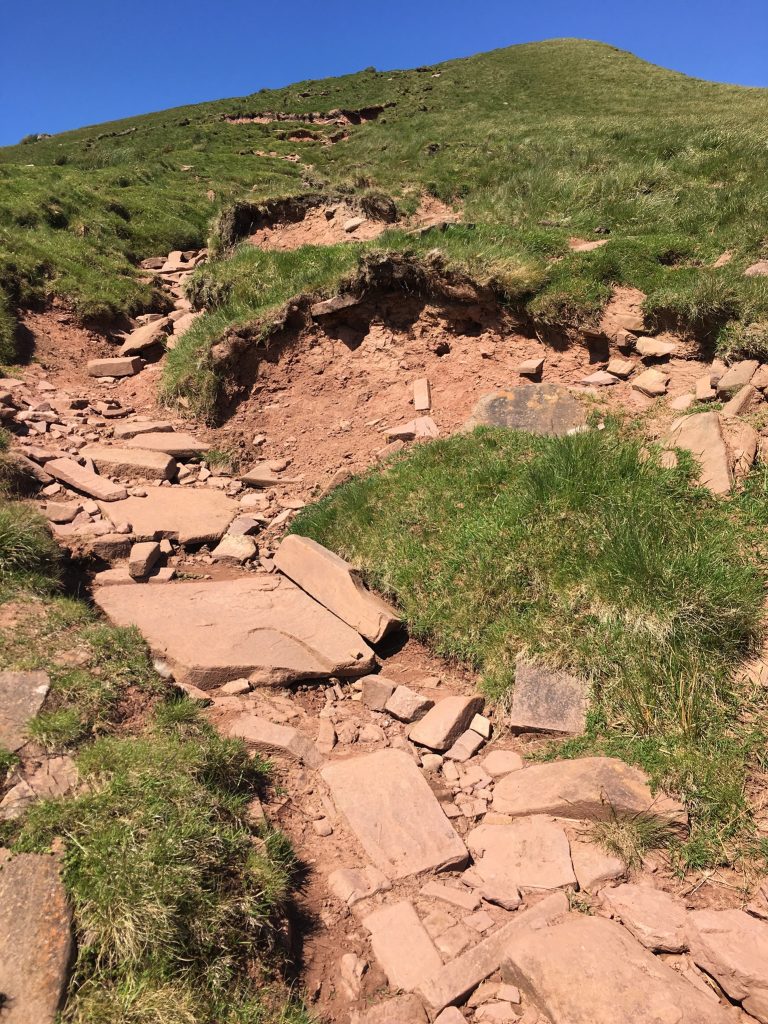 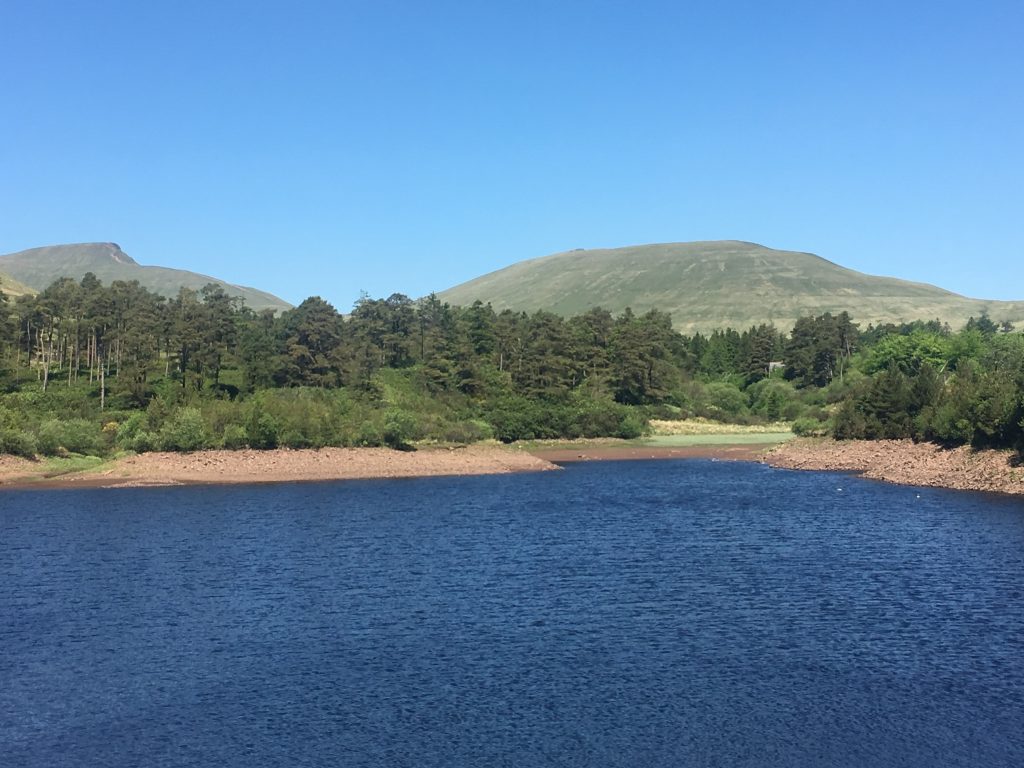 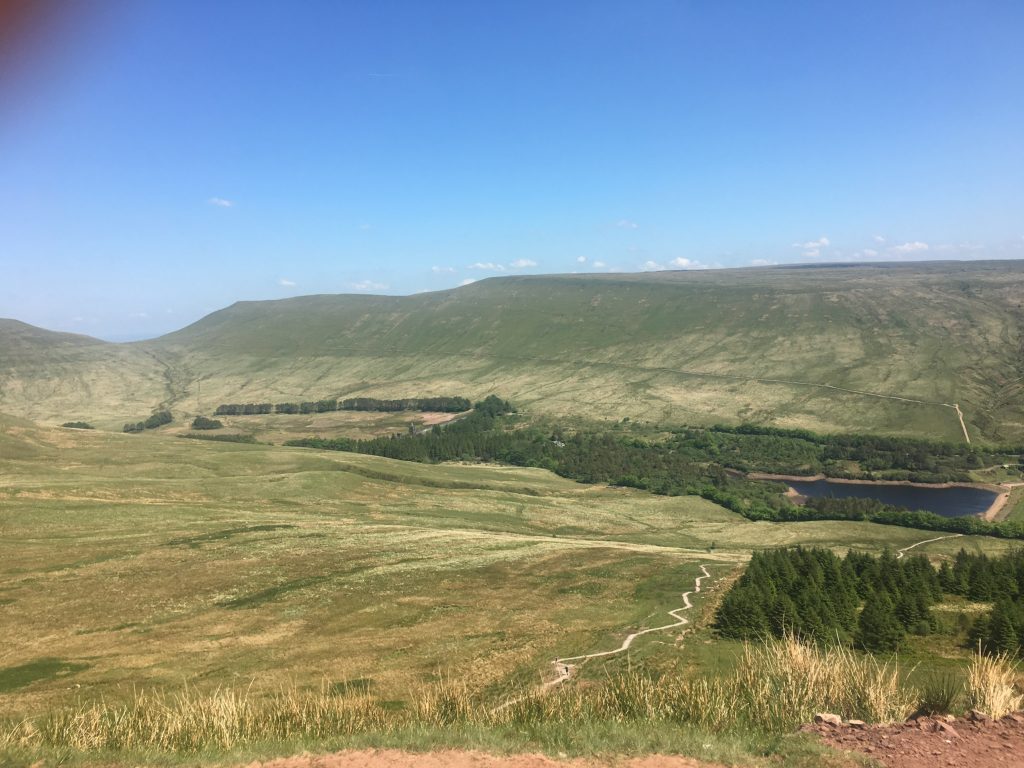 Looking back from the Graig Fan Ddu ridge

That night we decided to move to a lower elevation to avoid the wind. We moved along to a parking/picnic spot next to the A470 and the Llwyn-on reservoir. No wind maybe, but a bit too much traffic noise. However we were in good company with a couple of families in a caravan and motorhome enjoying a stopover on their way to their half term holidays and treating themselves to a BBQ.

After a traffic disturbed night we had a look at the maps and spotted a parking place on the other side of the reservoir. We moved first thing and then we made our plans for the day which were based around watching Exeter Chiefs in the rugby premiership final. To earn a few pints we cycled into Merthyr, then back out across the viaduct to Cefn-Coed where we found the Railway Inn serving an interesting (and yummy) selection of pies who were willing to feed us and put BT sport on. Chiefs won again in a nail biting (for Paul) final that went to extra time. It made the final uphill struggle in the rain all worth it. 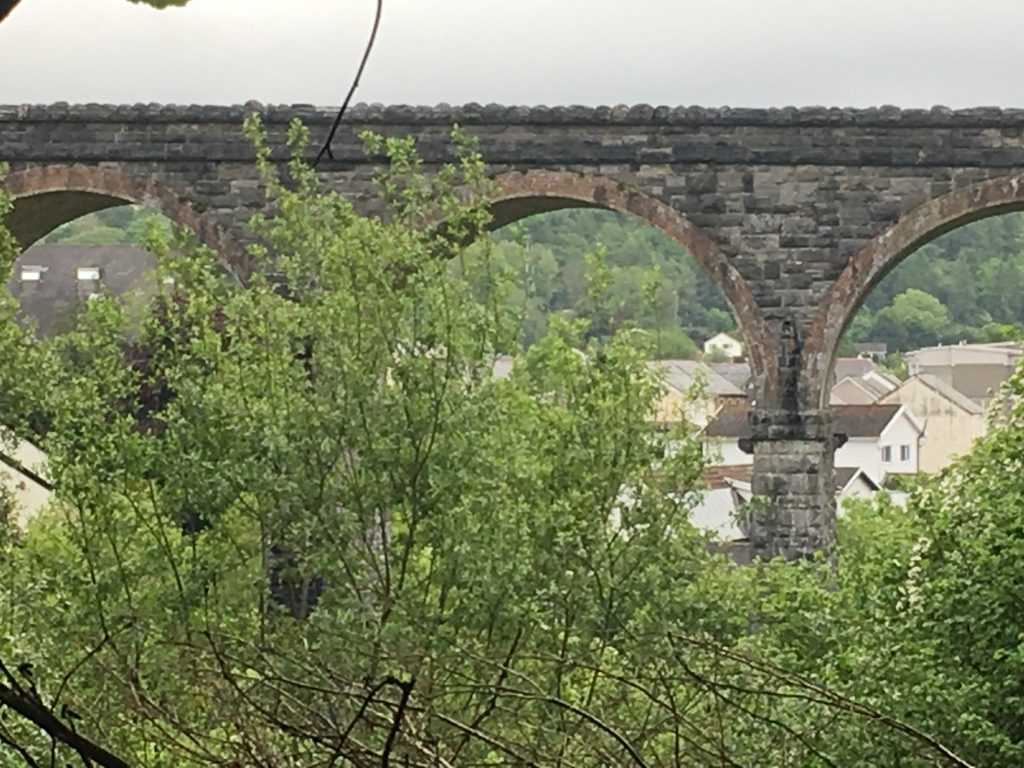 We stayed in that parking spot for the next night, watching the comings and goings of cars with interest – what were they doing? We had fun making up stories about them – but I did make sure we were extra secure that night!

The next day we moved on, the spell of sunny weather had obviously gone for good, the skies were grey and showery. We moved onto the west of the Brecons area to the Black Mountain where we stayed in another wild camping spot with massive views north, probably the best views so far.

That was four nights in a row wild camping. Thankfully the toilet had not reached capacity, but our water supplies had reached zero. Time to find a campsite so we could have a shower and cup of tea!