The 11th of November has been an ever looming date in the diary this year. The 100th anniversary of Armistice Day for World War I. Throughout the UK and many parts of Europe it was being commemorated with special events. Not so in Spain however, although there were some commemorative activities happening, particularly in expatriate areas. Spain was a neutral party in the first world war and doesn’t attach the same significance to it as they do to the Spanish Civil War. Despite their neutrality Spain couldn’t help but be impacted by the war, and here in Catalan Spain there were a number of people who left to join the Foreign Legion and support their French Catalan brethren. I have nothing new to say, that hasn’t been said before, but still I think it bears repeating. We must never forget what we humans are capable of, both the evil we do when divided and partisan, and the sacrifices that are made in our search for peace and unity.

The 11th of November is not just important to us because it’s Remembrance Day. It is also is Aaron’s birthday. 23 this year, how time flies! Of course we spoke to him that evening to add our Happy Birthdays to the many that he’d accumulated.

The third reason that the 11th of November is important is that it represents one whole year since Paul stopped smoking. Over the past months he has coped with the withdrawal pretty well, only a slightly increased irritability and a widening of his waistband evidencing the stress of giving up and hinting at his alternative habit. Fortunately doughnuts are no longer a daily necessity.

We whiled away the day in Rialp taking a walk through the town where a few cafes were open, over the Pont de Santa Carolina and then north to cross the river again before heading back south to Rialp and visiting the slightly underwhelming castle. It was only about 8km but it was enough to keep our legs stretched. 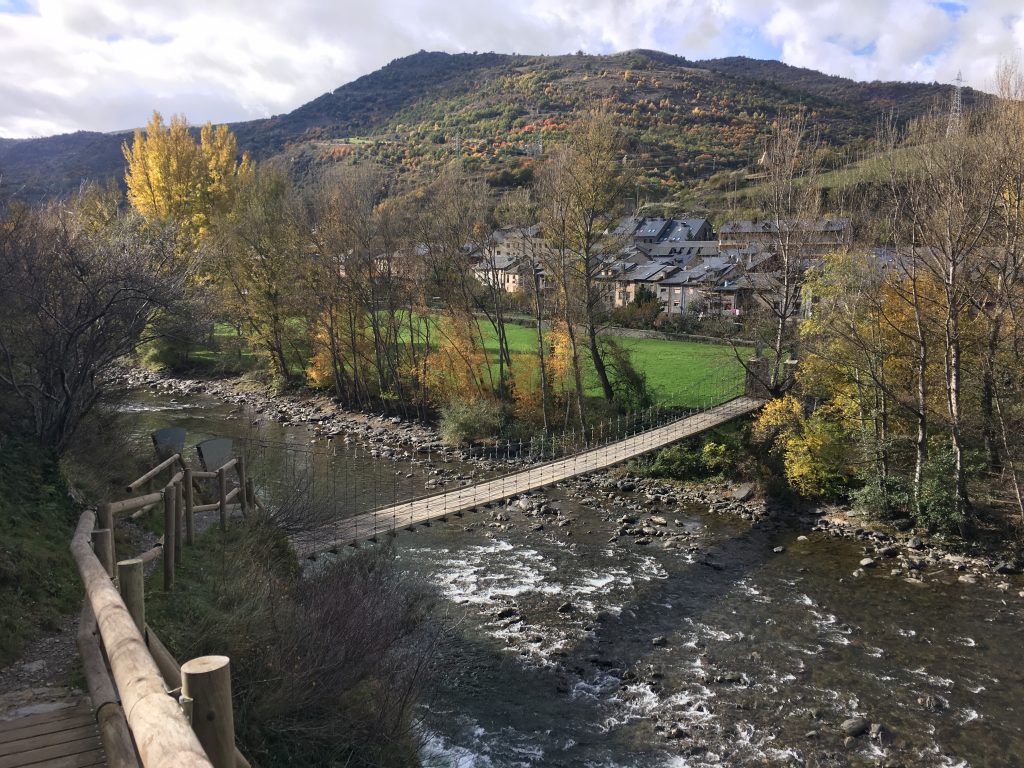 The Pont de Sant Catarina with Rialp beyond 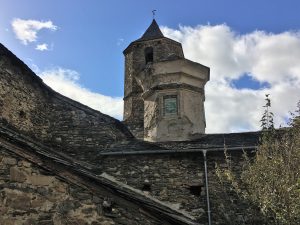 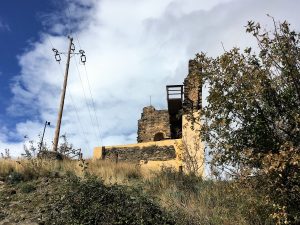 Not much remains of the castle.

We stayed for a second night here in Rialp to take advantage of the milder climate before heading back into the high mountains.