As we drove south of Archachon the landscape became an unending monotony of pine forests on sandy soil. This huge forest was man made, turning sandy heath into serried ranks of resin producing pine trees, added to this the roads are very straight, almost hypnotic. In search of a little relief from trees we headed towards the three lakes near Biscarrosse, once coastal inlets but now separated from the sea they are now hubs for tourism and we found ourselves on a large and pleasant aire in Gastes, close to the shore of the middle lake with a large number of other motorhomes of various nationalities. 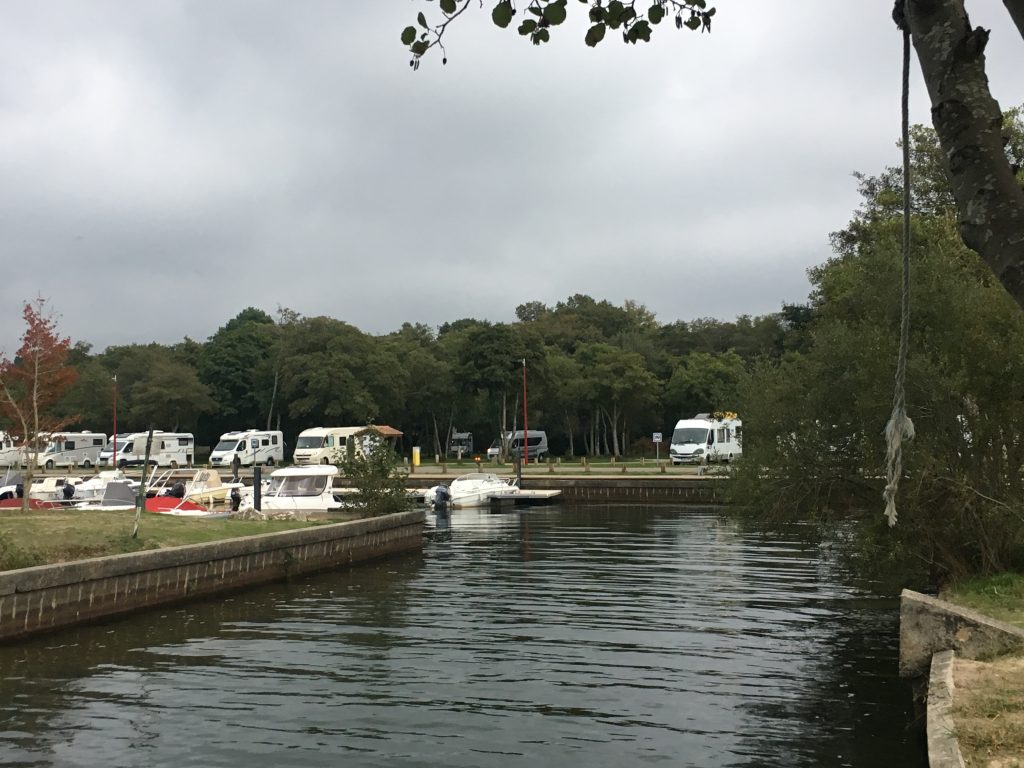 It was still really rather warm and once we were parked up we felt pretty comfortable doing nothing much, we copied everyone else and wound out the awning, erected the table and settled in our chairs. This camping behaviour might be frowned on in the height of summer, but in the off season when there are wide spaces between motorhomes it seems to be the norm. Lunch was baguette, ham and cheese, eaten outside along with a sneaky lunchtime beer. A couple of hours lounging was enough though and so Paul spent a couple of hours installing the additional locks to Bertie’s garage and habitation doors and adding a blind spot mirror on the passenger side. With nothing much to do I took myself off for a wander, finding the local shops, café, campsite (closed), beach and park and watching a sea plane landing on the water. 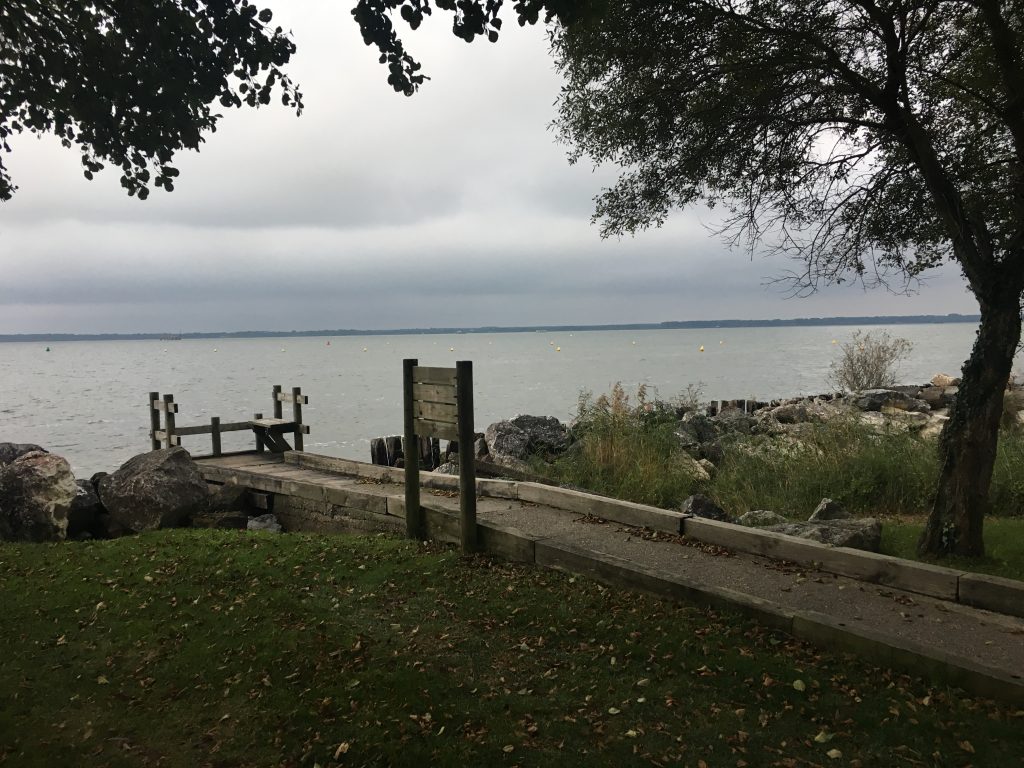 It clouded over that evening as we took another walk before dinner walking around the small harbour eyeing up fishing boats and finding the oil pipeline that takes the oil from the rigs in the middle of the lake and transports it who-knows-where. At some point on this walk I was attached by a vampiric insect that decided to bite me multiple times on the neck, that’s the downside of warm weather and fresh water. 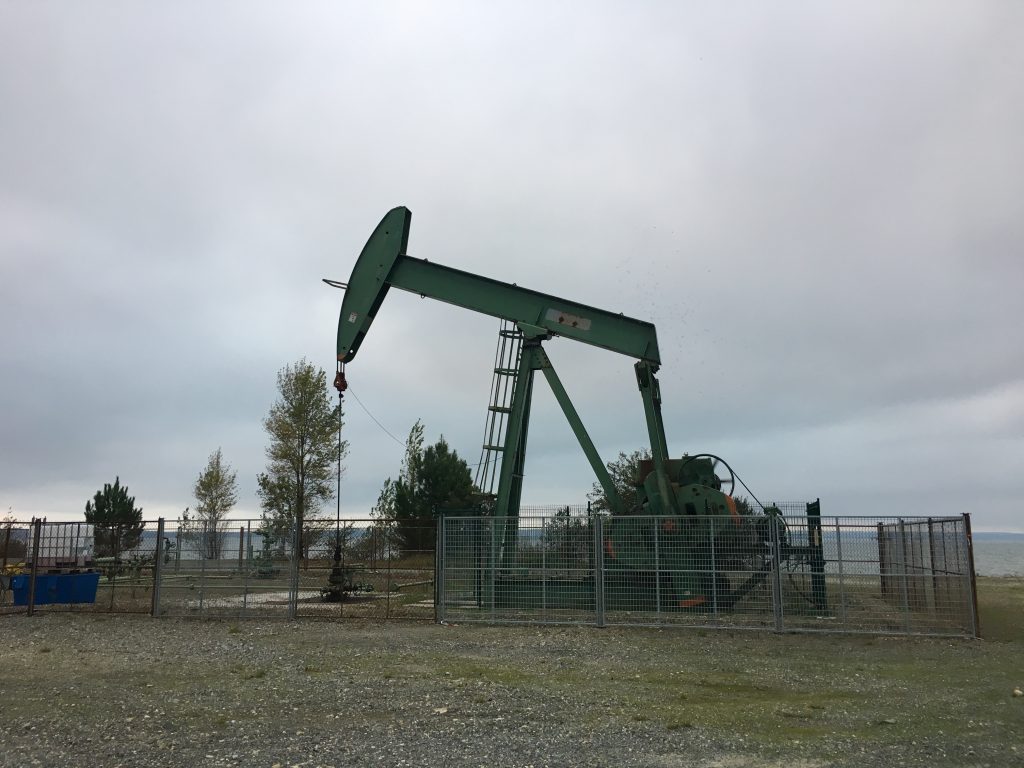 Nodding Donkey pumping oil – incongruous next to the beach and park

The following morning we needed to do something more energetic so we cycled to Mimizan Plage along one of the many cycle paths that cover the area. The forest smelled of autumn with strong wafts of pine and dying bracken and we crunched fat acorns under our tyres. The view may have been repetitive but it was restful rather than tiresome and we settled into a cycling reverie eating up the miles quickly on the largely flat terrain. The weather was still cloudy and the wind had strengthened by the time we got to the beach so I wasn’t tempted to swim, instead we watched the surfers catching the waves as we ate our lunch. This is the Cote d’Argent and is well known for it’s Atlantic surf. By the time we got back to Bertie the sun was back out again so we put our chairs in Bertie’s wind shadow and soaked up a couple of hours of sun before dinner.