After Croyde we had a brief interlude near Looe with friends. We stayed at possibly the best value campsite I’ve encountered so far – West Weyland – it was school summer holidays but even so a pitch for two people with electric was less than £15, and without electric less than a tenner. You don’t find may campsites that cheap in Cornwall.

And then we were back on the road to North Devon, poor planning on our part as we re-traced our steps along the winding A roads. This time we were spending a few days with Mum and Dad who were staying in their caravan. Our journey was relatively uneventful, but Mum and Dad got stuck in traffic chaos caused by a tragic accident on the North Devon link road.

Our campsite on the Hartland Peninsular was the spacious Stoke Barton Farm and luckily we were nestled behind a hedge as the wind was still blowing – I don’t think it will stop until the school holidays are over. Despite the cover of the hedge we still had to adjust the straps that hold the Kayak on the roof which were thrumming in the wind and using Bertie as a giant sound box.

Mum has covered our days on the Hartland peninsular on her blog which I don’t intend to duplicate, so why not take a look at http://gingergrandma.co.uk/. Below are a few photos for you. 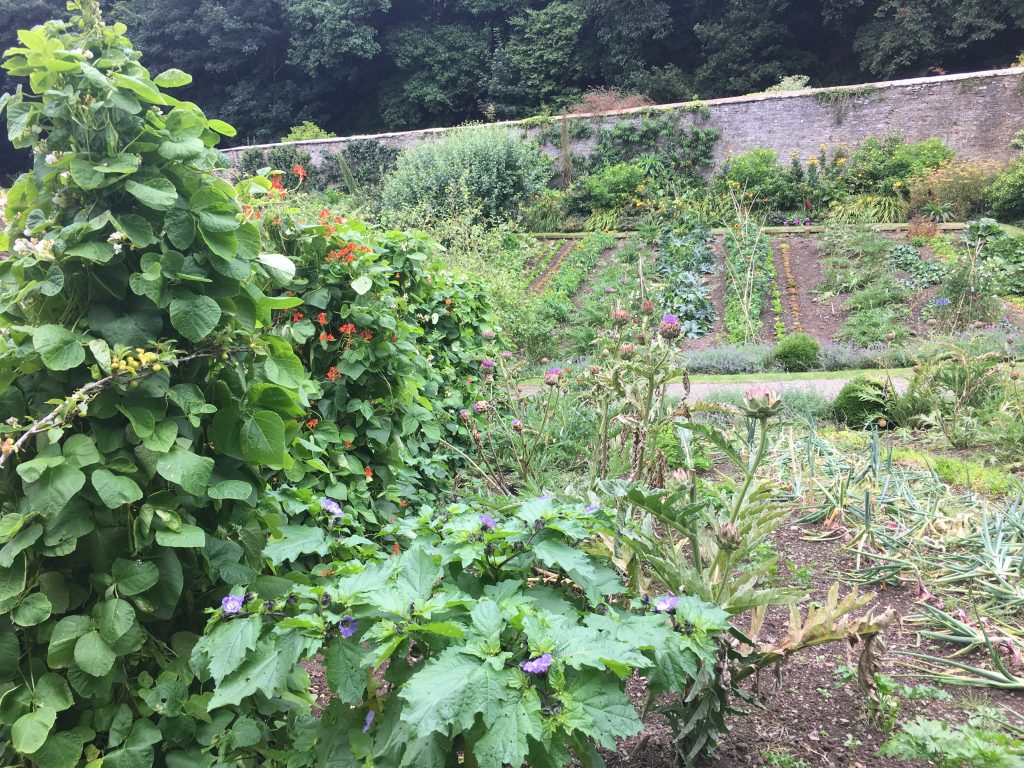 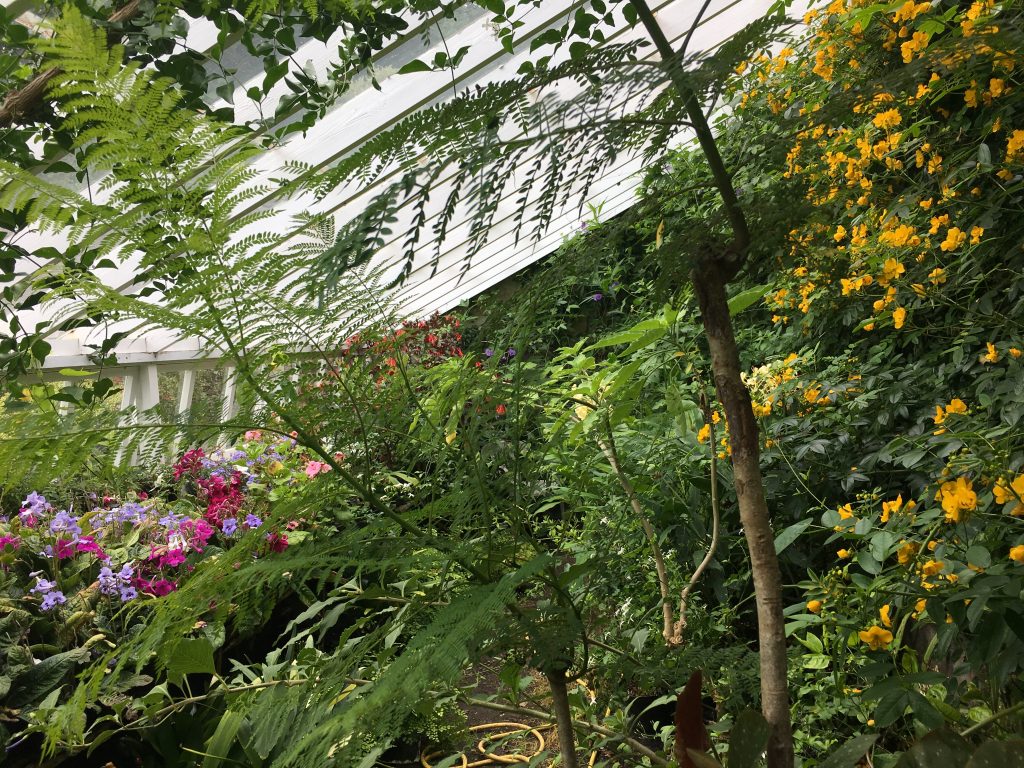 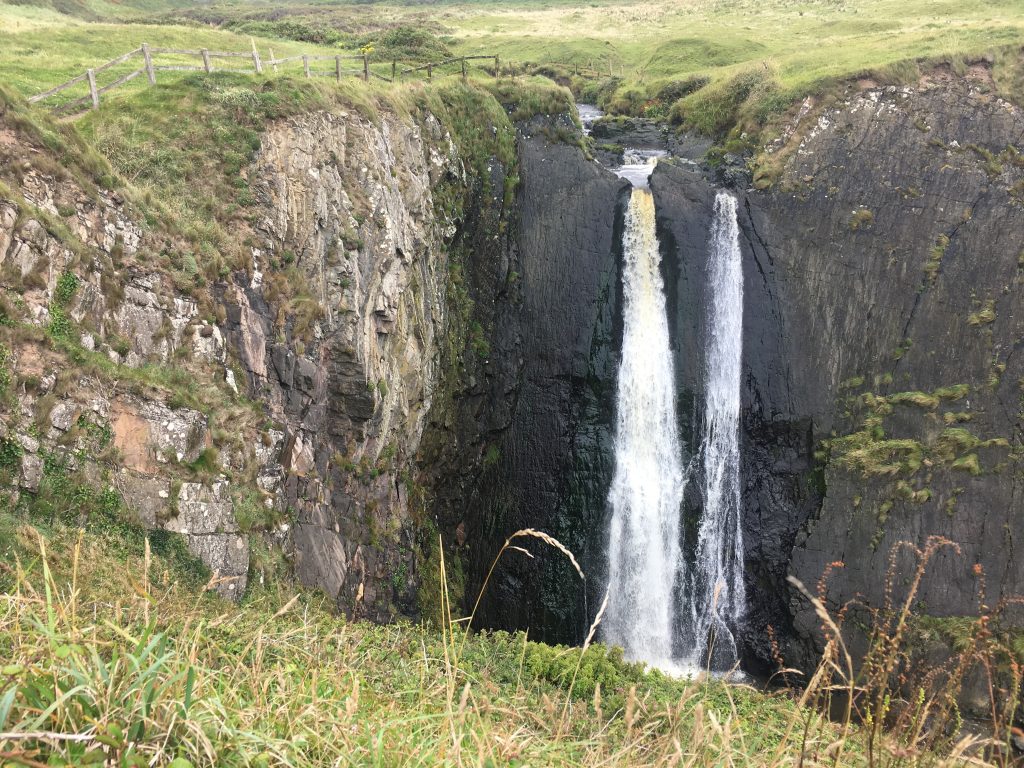 Impressive waterfalls at Speke’s Mill on the Hartland coast 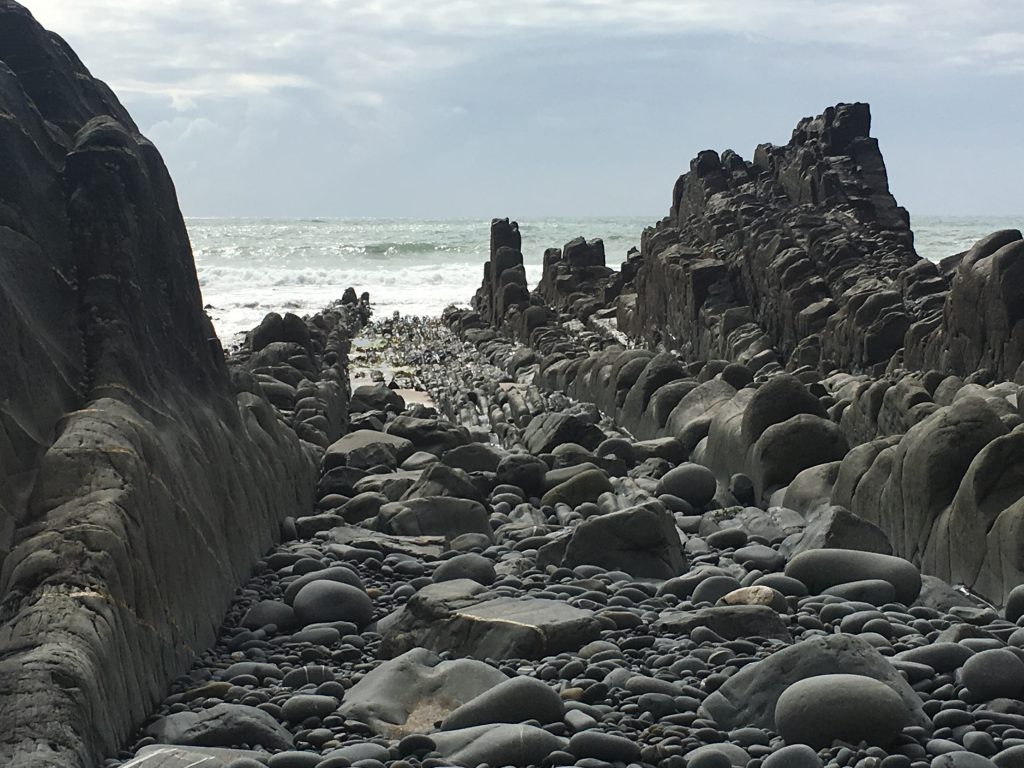 Rock Avenues on the beach at Hartland Quay 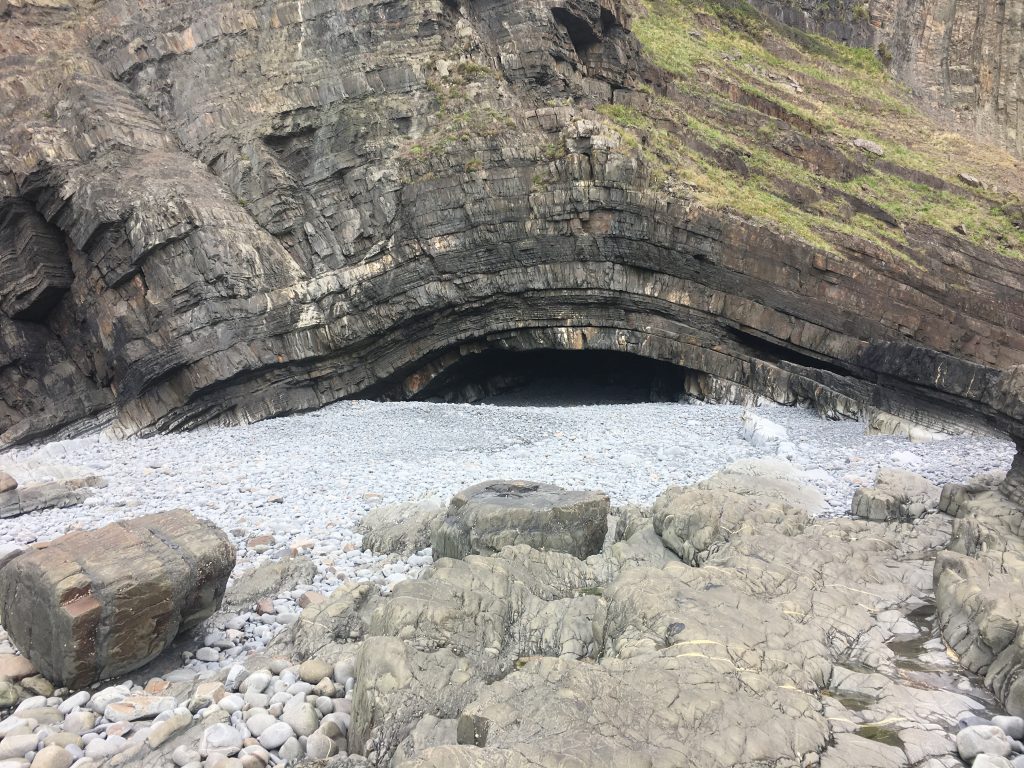 Cave amongst the folded rocks at Hartland Quay