After a cool night the morning was foggy and we took a little while to warm up. While waiting for a little motivation we took a look on Wikiloc – a useful resource for sharing walks, bike rides and routes for other activities – to see whether anyone had recorded this walk and how long it had taken. We saw that someone had followed the route by mountain bike and decided that it would be preferable to walking as we would easily be able to do the whole 14 miles by bike but probably wouldn’t manage to walk it, especially as we weren’t starting very early.

To try and get us in the mood we wandered back into the village to pick up some bread and biscuits for our packed lunch, by the time we got back the sun was showing signs that it might burn off the fog but we were still feeling a bit sluggish and it was with reluctance that we donned our cycling gear and set off following the yellow and white trail markers. 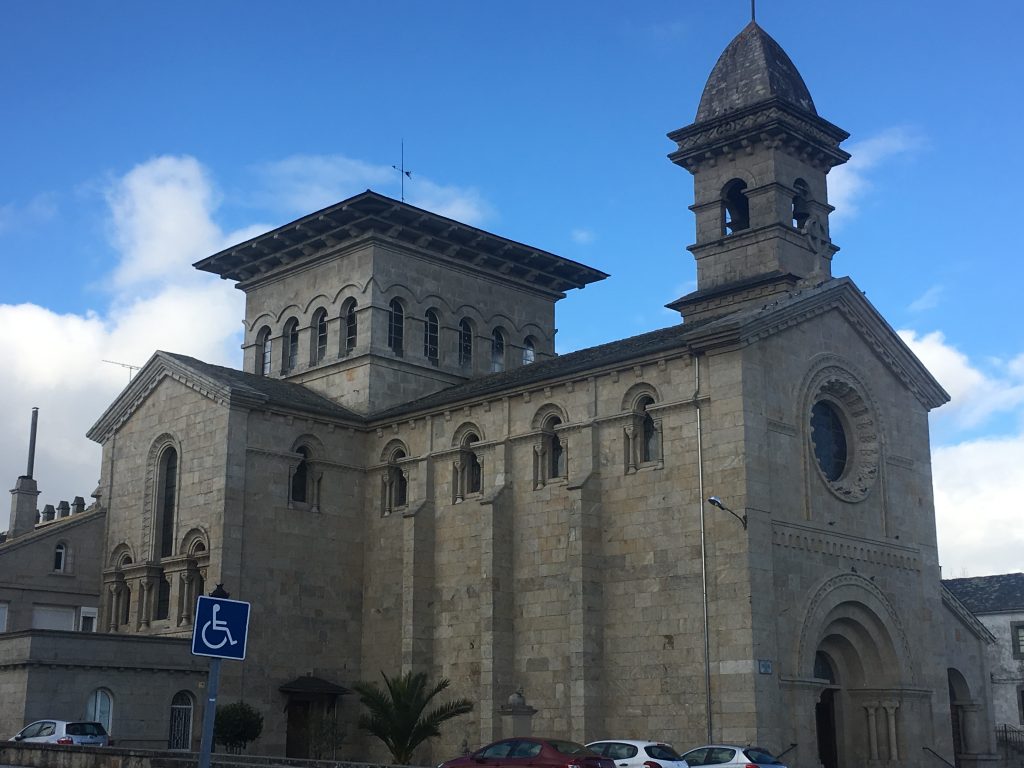 The trail followed the river out of the village, through woodland and past allotments on fairly wide tracks taking us over roots and stones. Most of it was relatively flat and easy enough if a little bumpy on the saddle but the timber bridges over streams were very slick with the moisture of the morning’s fog and caused us to skid a couple of times. We only lost the trail markers once where we followed a wide and obvious track where we should have shifted onto a narrower path that was closer to the river, but generally it was an easy path to follow. We feel the lack of ordnance survey maps keenly, an ordnance survey map provides so much more confidence of the route and terrain than any maps we have found on the continent. 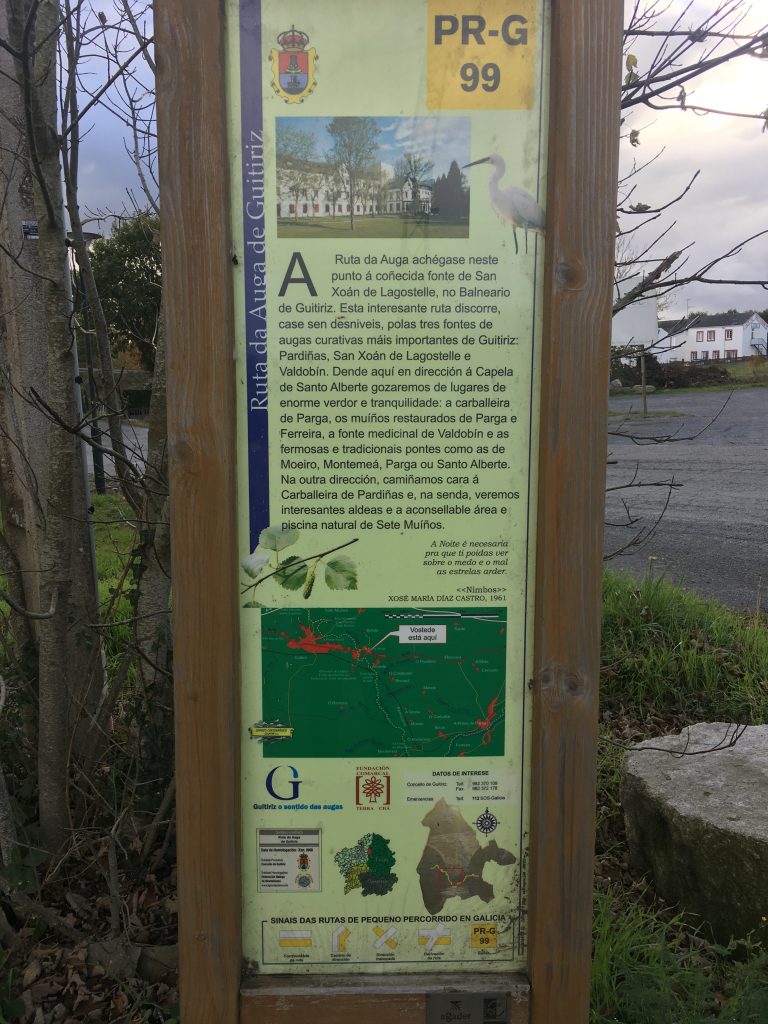 After the town of Parga the nature of the river bank started to change from earthy paths and tracks and we began to encounter large rocky outcrops of granite and a few more gradients which made the riding a bit trickier. A couple of times we had to get off and push/carry the bikes up over rocky obstacles. At some point while we’d been in the woods the sun had finally broken through the clouds, we didn’t feel it much until Parga when the woods started to thin out. 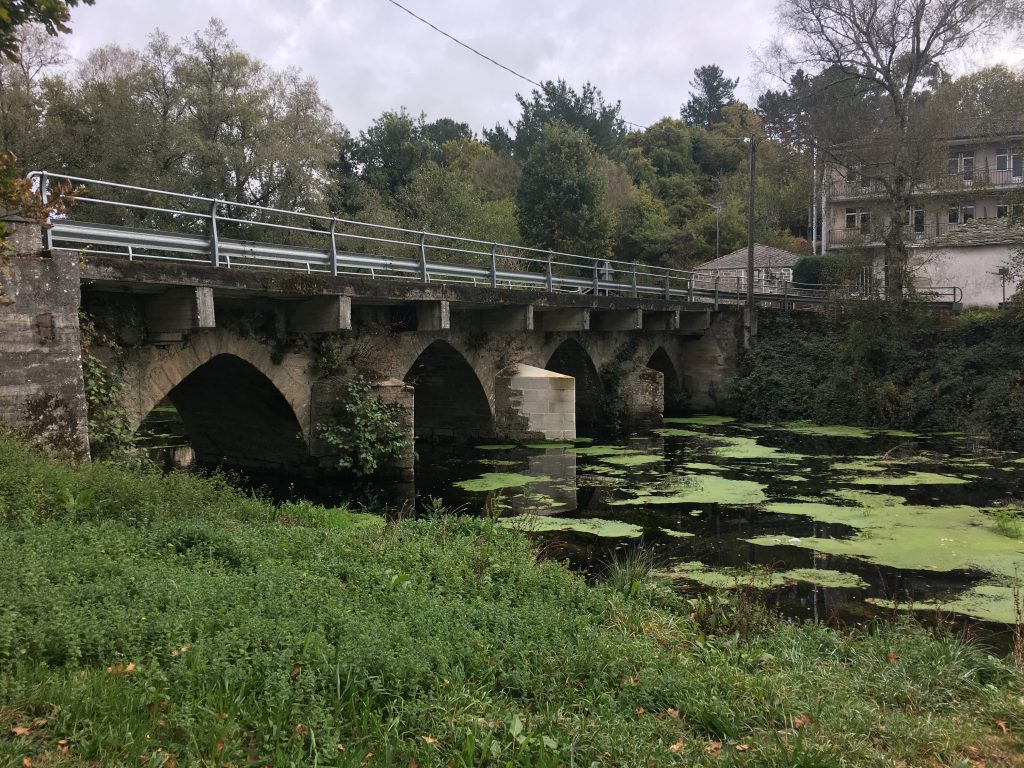 Finally we reached a point where we felt that it was going to be too much hard work to continue, we were only a few hundred yards from the end of the route but decided we should turn around and retrace our steps back to Bertie. It had been a pleasant, if short, ride. 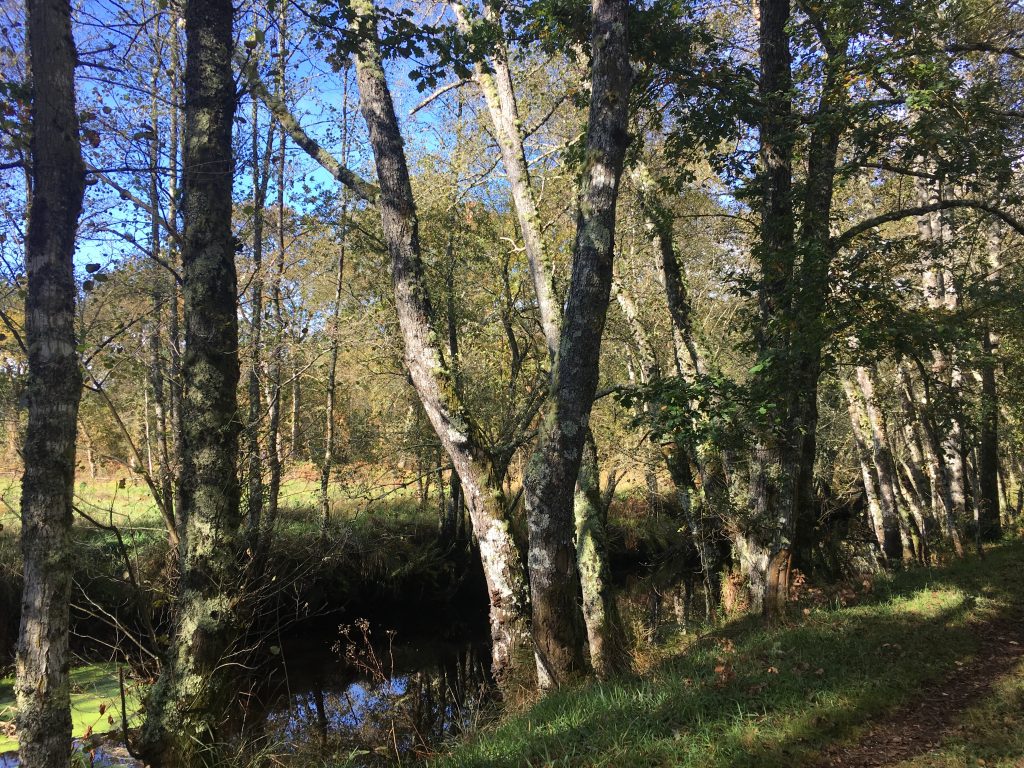 Sunshine through trees on the banks of the river

That afternoon we moved on towards the coast. We picked a parking spot near Boiro it had a long narrow beach and attractive outlook but not much opportunity for walking or cycling. The local dog barked pretty much all night, which was a source of amusement and frustration. We have no idea what triggered the barking as it was quite placid the following morning – maybe it had worn itself out! 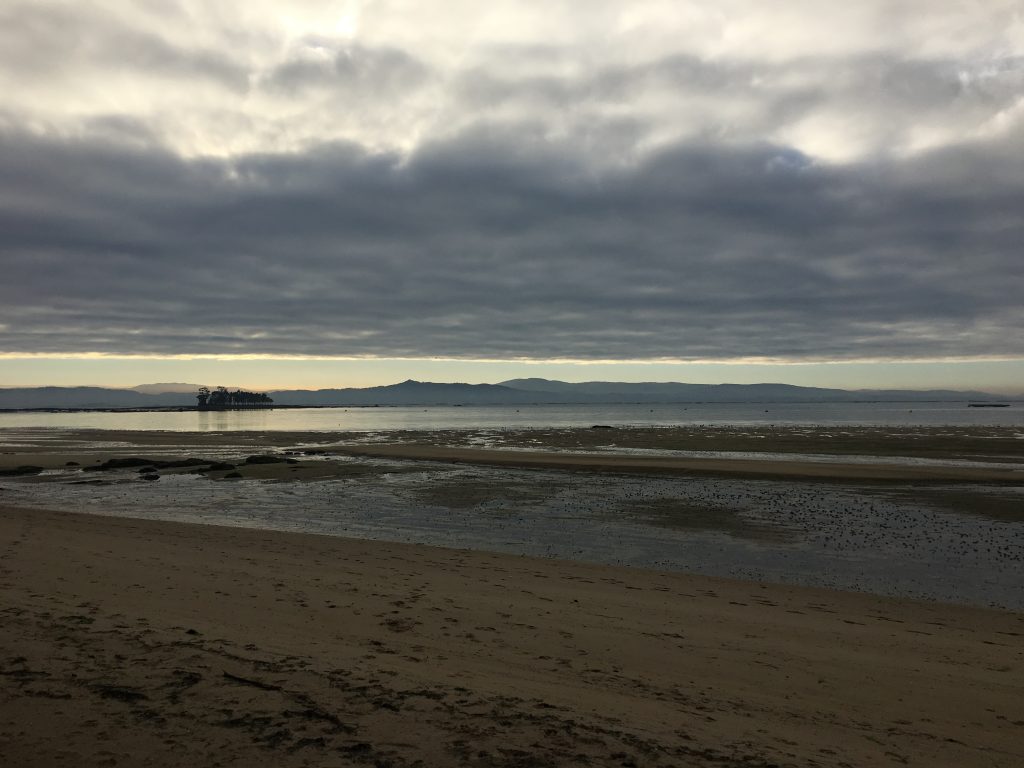 View from the parking spot near Boiro