There is nothing quite like an Ordnance Survey map when it comes to navigating your way around the UK, especially if you are a walker or cyclist. The exceptional visual design of the maps makes them easy to read, despite the incredible amount of detail conveyed to the reader. I’m sure that some of my fandom is due to familiarity, but despite finding some good paper maps in France, Spain and Italy, none of them quite measure up to the good old O/S.

We’ve been confined to the motorhome quite a lot over this time, avoiding some pretty unpleasant rain before the sun finally came out to play. To avoid twiddling our thumbs, we’ve been looking at the O/S maps for the local area and working out some cycling routes. We’ve been looking for routes that take us where we haven’t cycled, driven or walked before. We’ve missed the feeling of exploration that’s been a constant feature of our motorhome travels, so we’re trying to capture that spirit in a more local way.

Planning cycle routes is not the only thing we’ve been up to. I’ve had a job interview (yet to hear back) and Paul has been offered work if he wants it (he’s refusing to go back to work until I do, putting paid to my fantasy of being a lady of leisure). We have also had a Birthday celebration and a lovely not-quite-bbq when friends came down from London. We cancelled our plans to BBQ at the last minute, deciding to cook inside because the forecast was a little showery, but the day turned out to be the sunniest weather for some time. We all sat outside anyway.

But back to cycling. We’ve managed a handful of bike rides during this time. Exmouth is in an excellent location for a bit of cycling. There are the obvious delights of the Exe Estuary cycle path; a lovely flat (ish) and mostly off-road route that runs from Exmouth, into Exeter and back down the other side of the river to Dawlish. But it’s a trip we’ve done many times before so we save that for getting to other places. We’ve used our O/S maps to create routes that mostly follow the Ordnance Survey yellow lanes (the smallest metalled roads), white lanes (tracks, with a variety of surfaces) and bridleways. These have taken us around the villages of East Devon, between Exmouth, Woodbury, Budleigh and Sidmouth where we were regularly exclaiming ‘ooh, I’ve never been here before’ despite having lived in the area for nearly 20 years. We also ventured ‘over the water’, using the local ferry service to Starcross and exploring the lanes around the western edge of the Exe estuary. Some of the lanes looked as though they were slowly being left to disintegrate, covered with earth and vegetation. They took us past tiny cottages and large rambling farmhouses, through farmland, over common land and past hidden industrial units. We have lifted our bikes over bridges and cycled through fords and made one very expensive trip to a bike shop (no – not for a new bike, although we were very tempted). Now my bike is waiting to be repaired; the gear trigger has stuck and no amount of WD-40 is making it work again. Fortunately we weren’t too far from home when it happened and I managed to limp home with just three gears to choose from.

Here are a selection of photos from our bike rides. 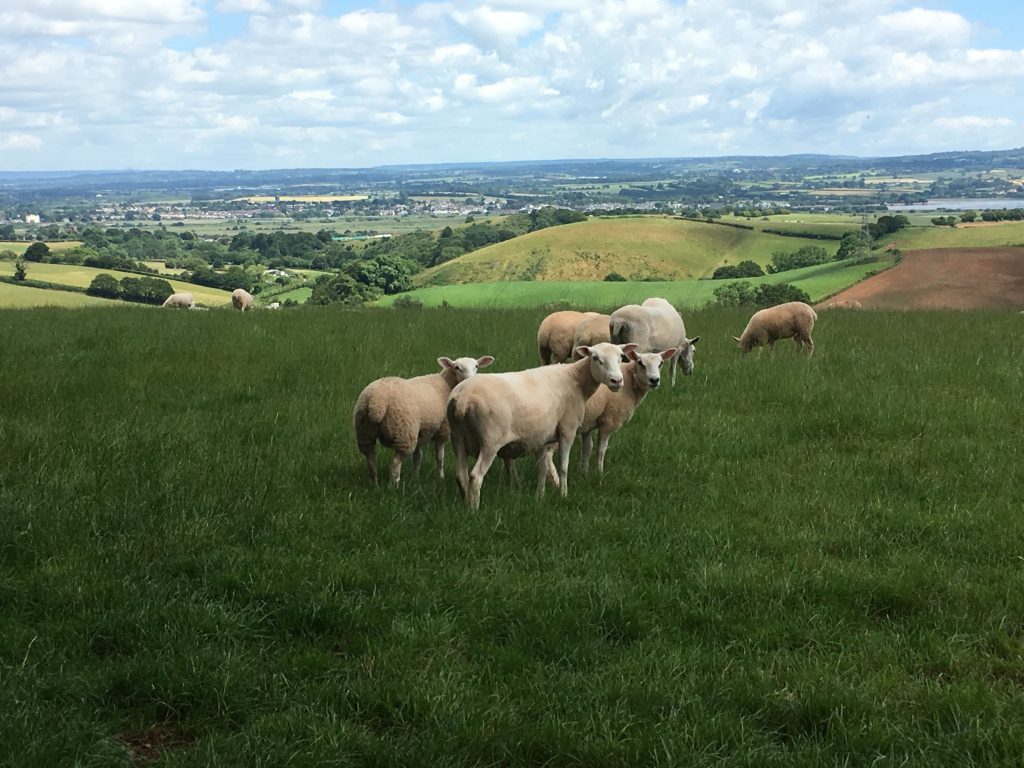 Sheep near the Old Dawlish Road 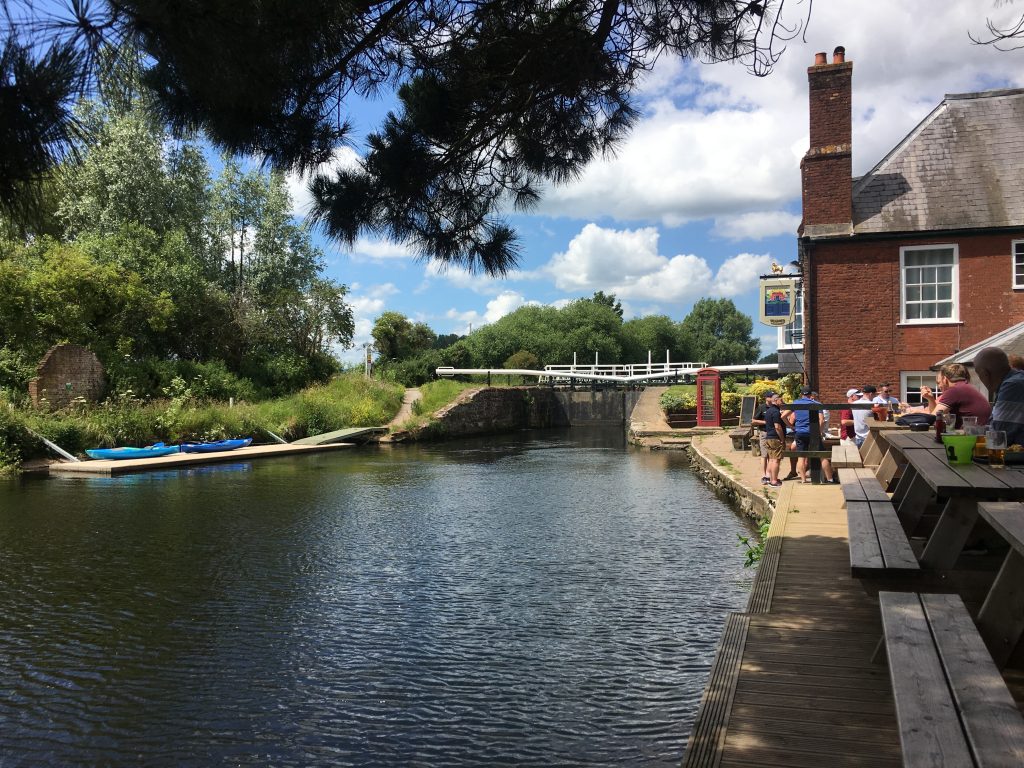 Stopping for lunch at the Double Locks pub 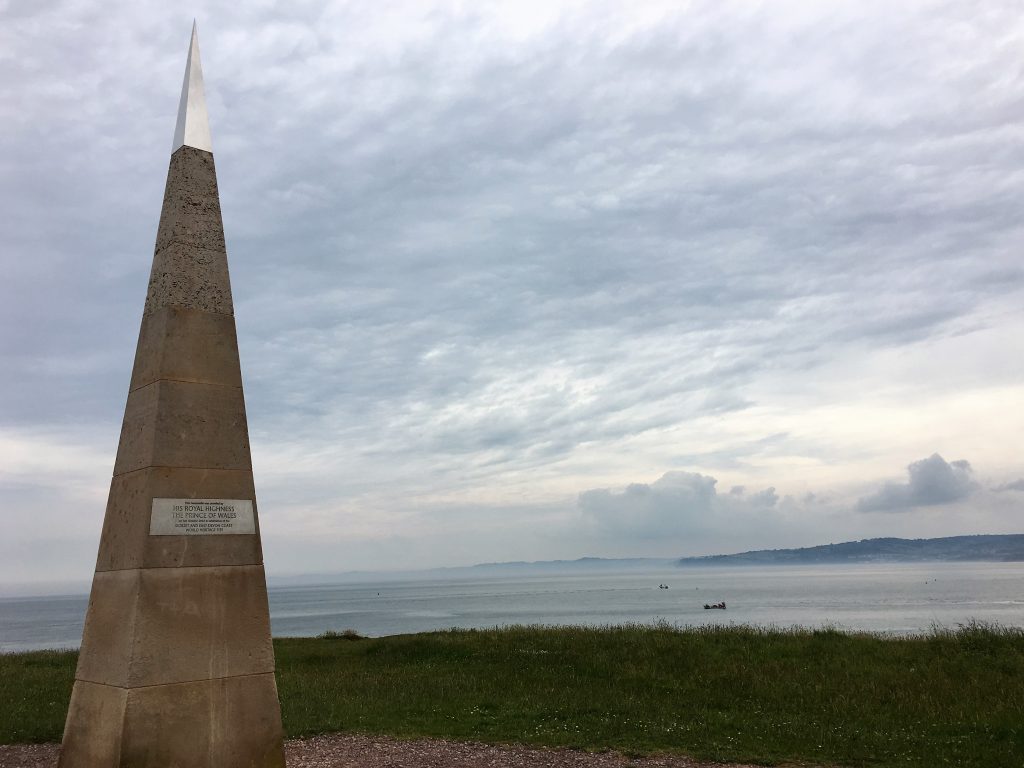 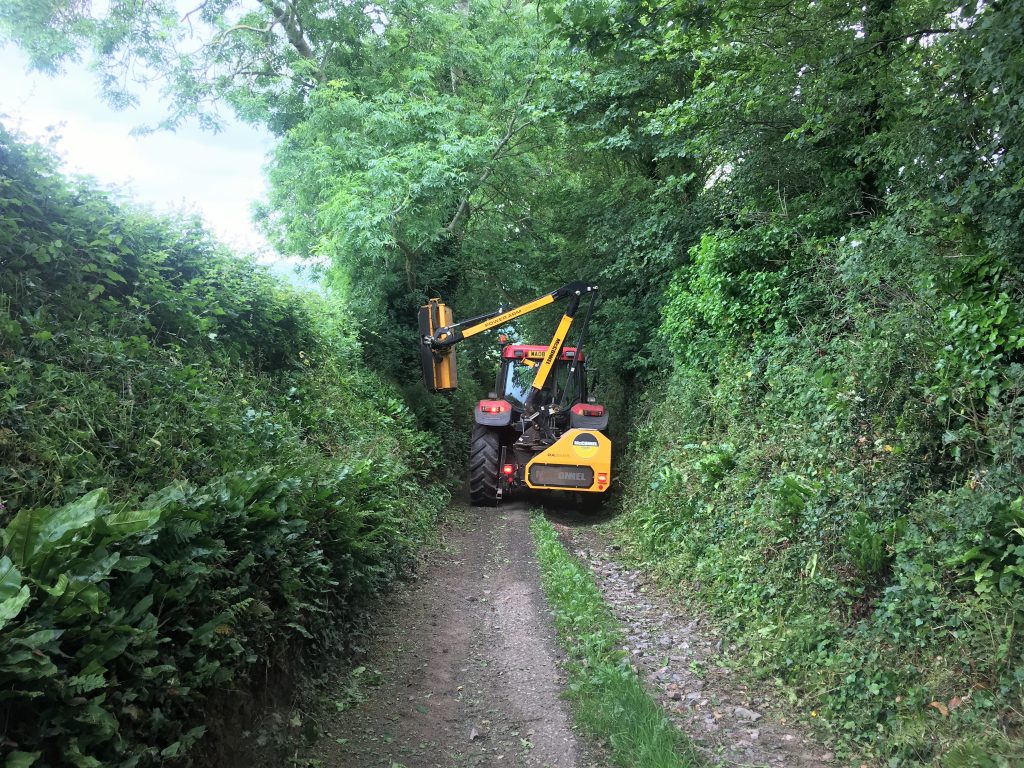 This was nearly the end of one of our bike rides. In the end we did just manage to squeeze past. 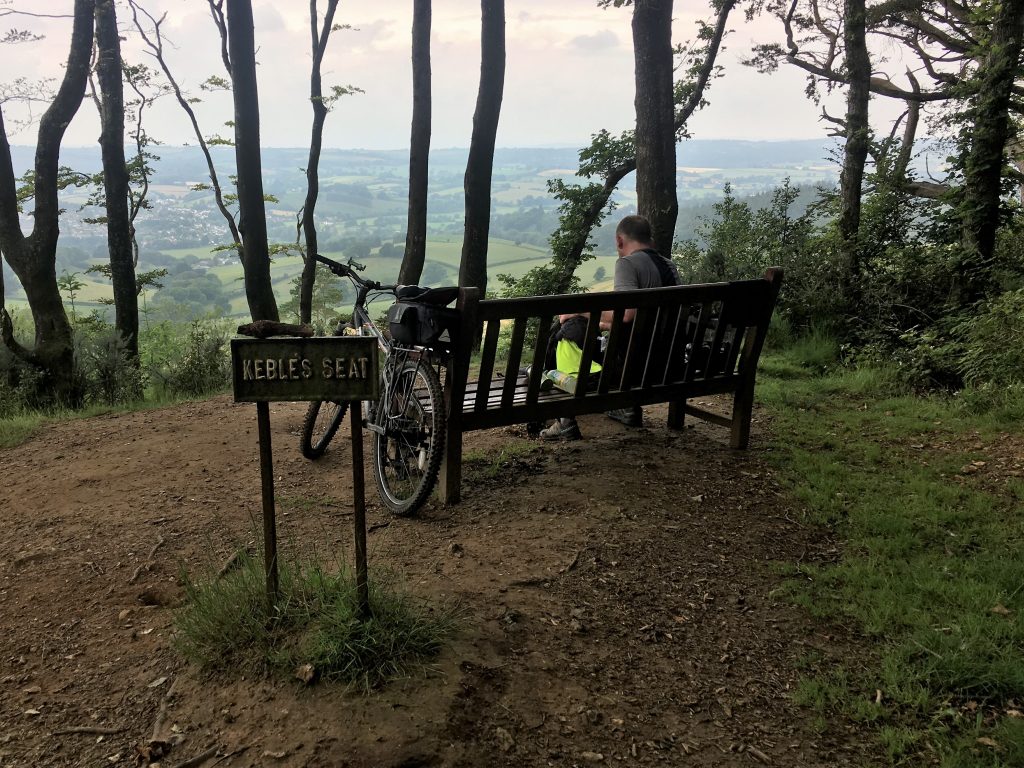 A well deserved rest on Mutters Moor near Sidmouth 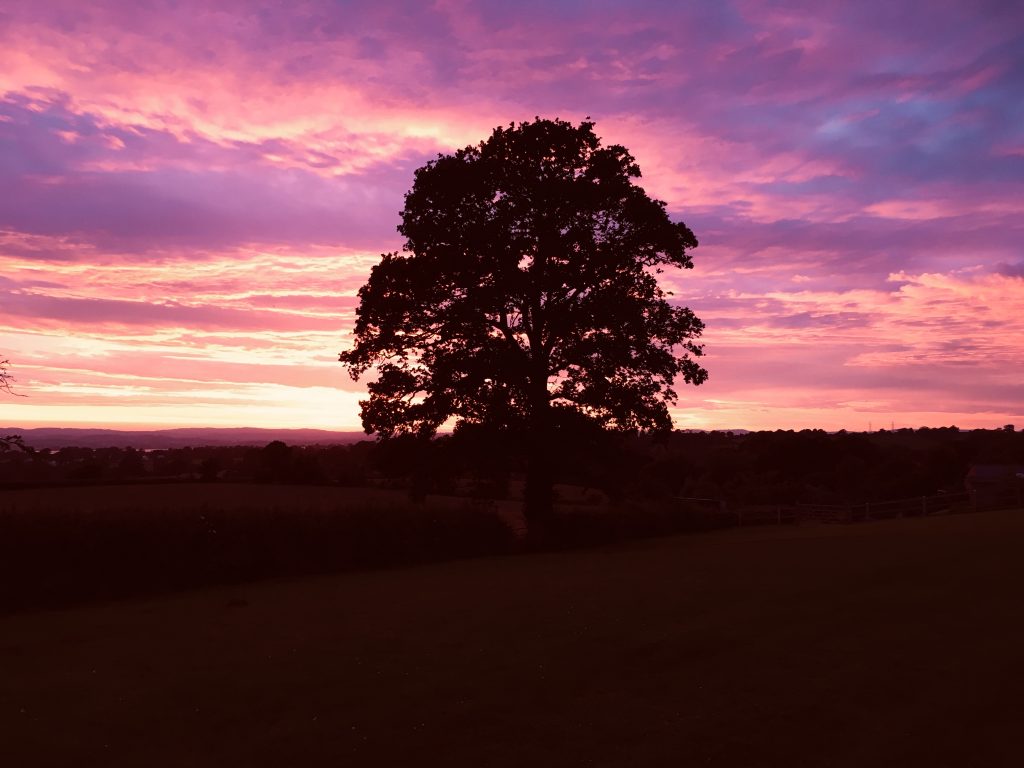 Spectacular sunset. Although my phone has turned it far moor purple than it was in real life.