Our drive from Dover to Somerset was not a particularly long one, but by the time we got to Reading we were already shattered, mostly because of the large amount of traffic on the roads and also due to the concentration required to ensure we drove on the right (that’s left) side of the road.

While we stopped for fuel and food in Slough (it having the nearest supermarket fuel station) I had a little scout around on Searchforsites for a parking spot that wasn’t too far away. We haven’t used Searchforsites much in France or Italy, but because it’s a British website it tends to be the best for British parking spots.

I decided that we should head to a parking spot on the Ridgeway – a long distance path over the North Wessex Downs that is badged as ‘Britain’s oldest road’. The parking spot on Hackpen Hill was not very big, but after a couple of cars had left we managed to squeeze ourselves (as much as a seven meter motorhome can be squeezed) into the corner so that we didn’t feel too selfish. We also had a bit of a tidy up, something we have started to do wherever we are. We like to leave a parking spot clean because all too often motorhomes and campervans will be blamed for any rubbish that has been left behind. And of course it’s also a good thing to do.

As we wandered around the area we noticed that there were quite a lot of campervans driving around looking for parking. Paul muttered something about hippies and then we both looked at each other. Of course! It was the summer solstice and we were only a stone’s throw from Avebury. 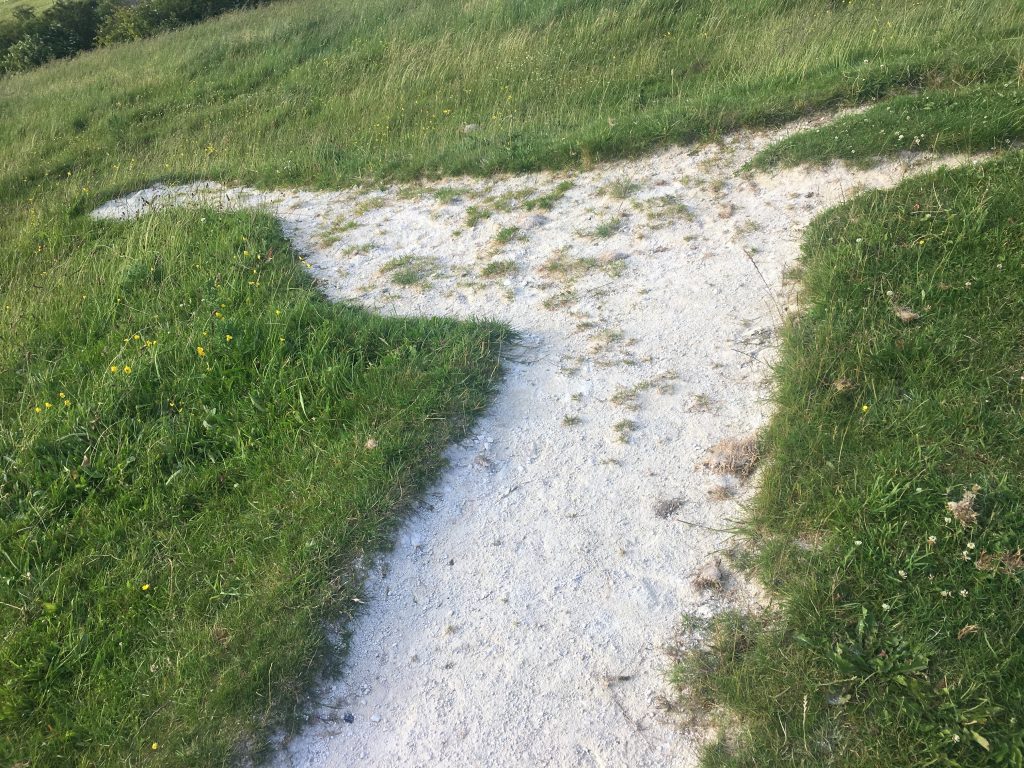 We were parked next to the Hackpen White Horse. This is not an ancient monument, it was created in celebration of Queen Victoria’s coronation.

Only a couple of vans chose to park near us, that stone’s throw was just a bit too far from the main gathering. As we settled down for the night an older man with long grey hair knocked on our window, trying to find his way back to the gathering. As I gave him directions I looked at the unlit narrow roads and asked whether he had a torch. His laid back attitude was that he didn’t need one, but I wasn’t quite so relaxed. While I went back inside and rummaged for a spare torch (I knew we had one knocking about somewhere) he absconded. I just hope he found his way back ok.

Shortly before sunrise – an event neither of us had a particular interest in being awake for – several cars pulled up into the parking area. I listened in to the conversation as the occupants gathered. They were off for a solstice run down the ridgeway to Avebury. Very nice for them, but that meant they would probably be back in an hour or so and we’d have the sound of car doors slamming again. Such are the risks of sleeping in a parking spot, so I cant complain. I wondered if I should pull on my running shoes and join them, but it was just one of those idle thoughts and I drifted back off to sleep as the sound of their footsteps pattered away.

When we finally got out of bed we decided that we would cycle down the ridgeway to Silbury Hill and then across to Avebury, then we could make it a circular ride back to our parking spot. Along the ridgeway we cycled, through dry deep ruts that didn’t ever seem quite wide enough for our pedals. The ridgeway leads directly to The Sanctuary, an ancient wood and stone circle complex that was destroyed by farmers in the 18th century and now has the site of the sarsens and posts marked out by concrete blocks. Down at this end of the ridgeway were many campers in tents, vans, motorhomes and one horse drawn caravan. They had all obviously had a good night celebrating the solstice; some probably very serious about the rituals associated with dawning of the longest day, others more interested in the party that accompanies it. 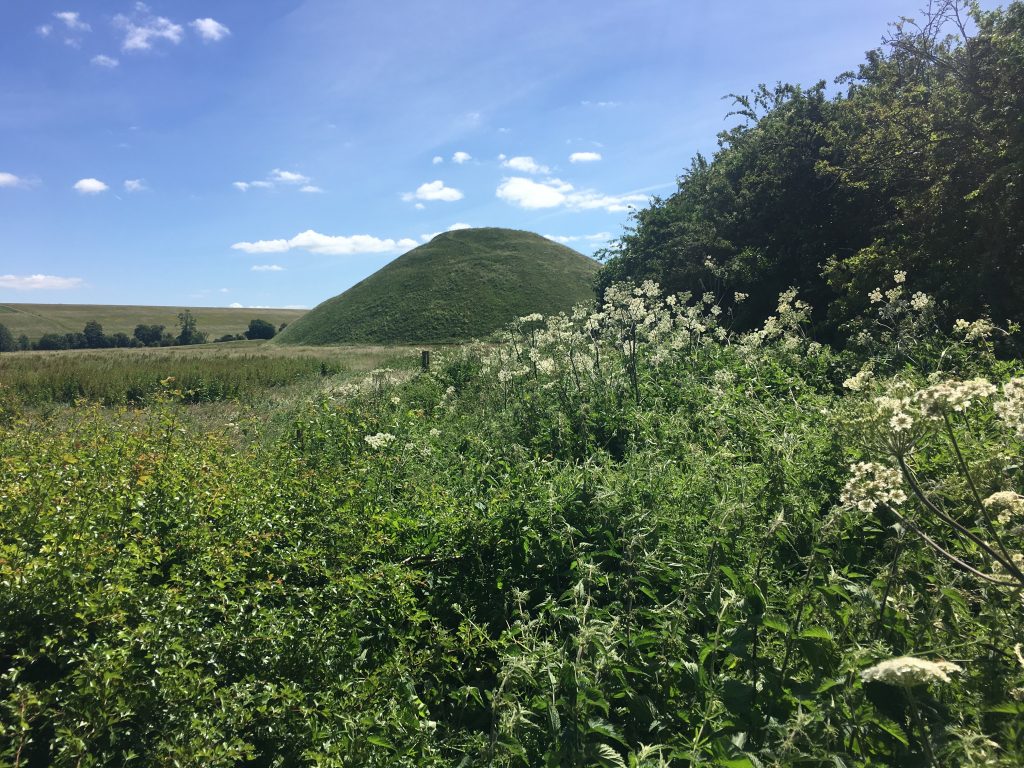 We took in The Sanctuary, West Kennet Longbarrow, Silbury Hill and Avebury circle and avenues. There were still some robed figures conducting rituals around the stones and a few people just chilling out in the sunshine, but the area is large and despite the date it didn’t seem at all crowded. It is an amazing and thought provoking area of ancient monuments that feels quite rural and wild despite it’s location just off the M4. There was a police presence, and private security at each of the sites, but by now this seemed to be more directed at ensuring the traffic was flowing smoothly than anything else. 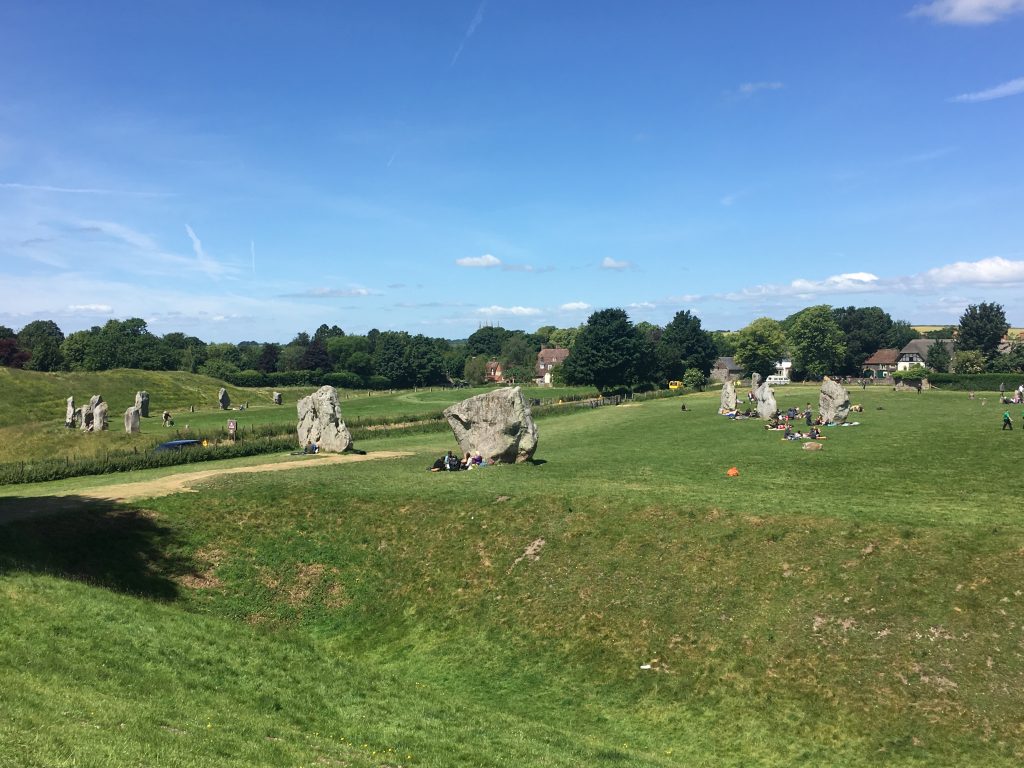 That afternoon we made our way to Taunton. We were going home.