Barnluasgan is near to the Crinan Canal which was built to allow boats to pass across the Kintyre peninsular without having to take the significantly longer journey around it’s perimeter. These days the boats that use it are mainly pleasure craft; yachts and motor cruisers make their way through it’s locks to access the islands of the Hebrides.
I’d last been here nearly 30 years ago when we came on a family holiday to the area. It’s remembered well by the whole family because we had our first seafood platter – one between the 5 of us, we didn’t have a lot of money but plenty of pretension – from the Seafood Bar at the Crinan Hotel. It would be no effort for Paul and I to cycle down to the Canal and have a little jaunt up and down it’s length and then maybe a seafood platter at the hotel, just for old time’s sake.
The weather was a definite improvement, a bit blustery and showery but with the occasional sunny spell. We cycled to Ardrishaig at one end where we stopped by the memorial to John Smith – leader of the Labour Party for a short while until his untimely death, and born in this town – for a cuppa. 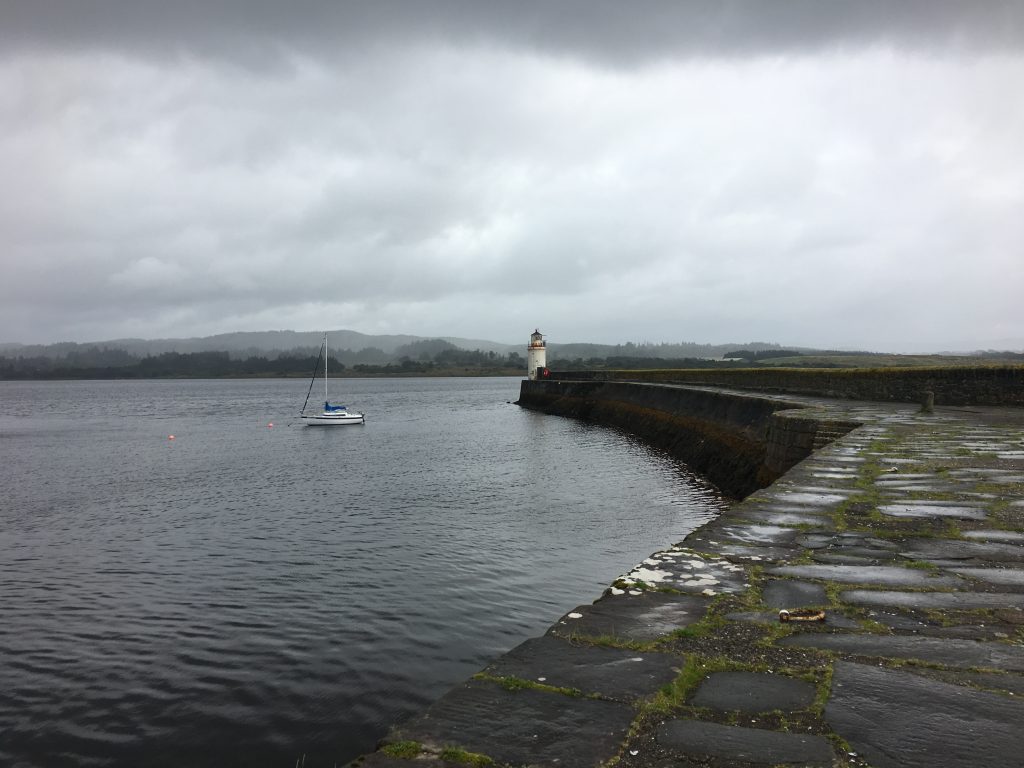 View from the harbour at Ardrishaig

Then we cycled back towards Crinan, the wind was blowing in our faces in this direction making it much heavier going and we felt that we would definitely deserve a treat when we got to the other end of the Canal. We had a look at the Seafood bar which was serving a lot of seafood dishes but no platters, and anyway our tastes were veering more towards sugary carbohydrates by this point so we went into the café for tea and cake instead. 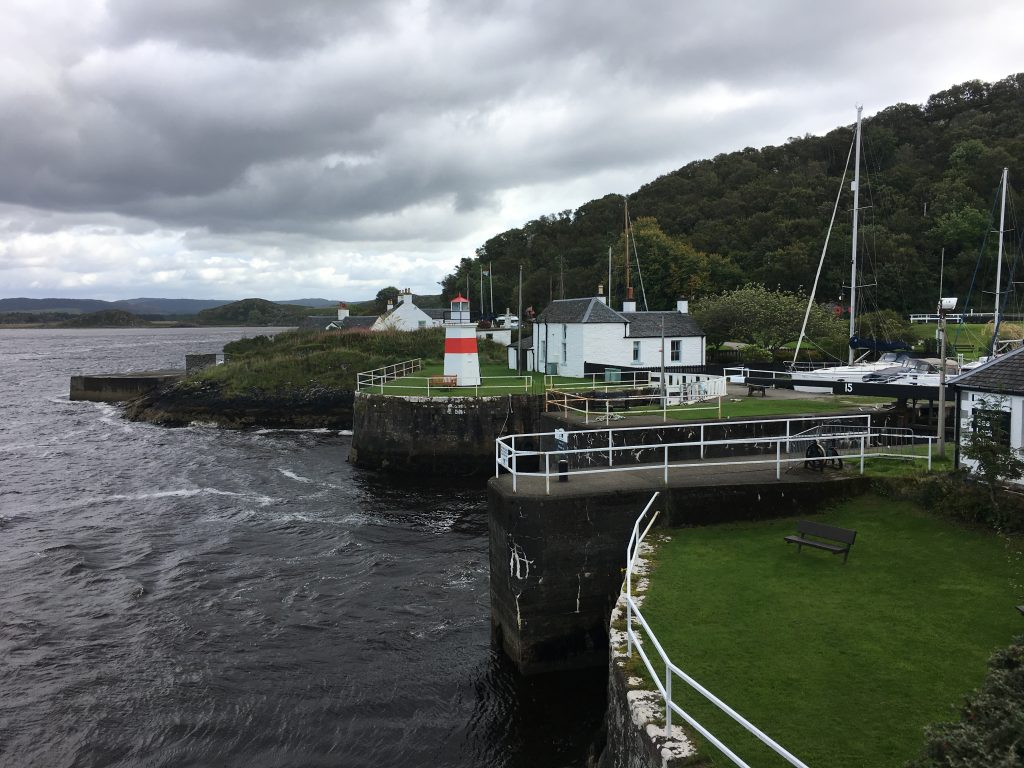 The Crinan end of the canal is definitely the more picturesque as the canal cuts through cliffs on one side and sits above the wide sandy bay of Loch Crinan and the tidal reaches of the River Add on the other side. Crinan itself is a pretty village with a very yachty feel. The café served excellent cake and proper pots of tea – you know, enough for three of four cups and with extra hot water.
After refreshments we cycled back to Bertie, stopping at the bird hide for a quick look, not much of any interest today just a few geese and oyster catchers, a family of swans and probably a number of small brown birds that I’m hopeless at distinguishing. 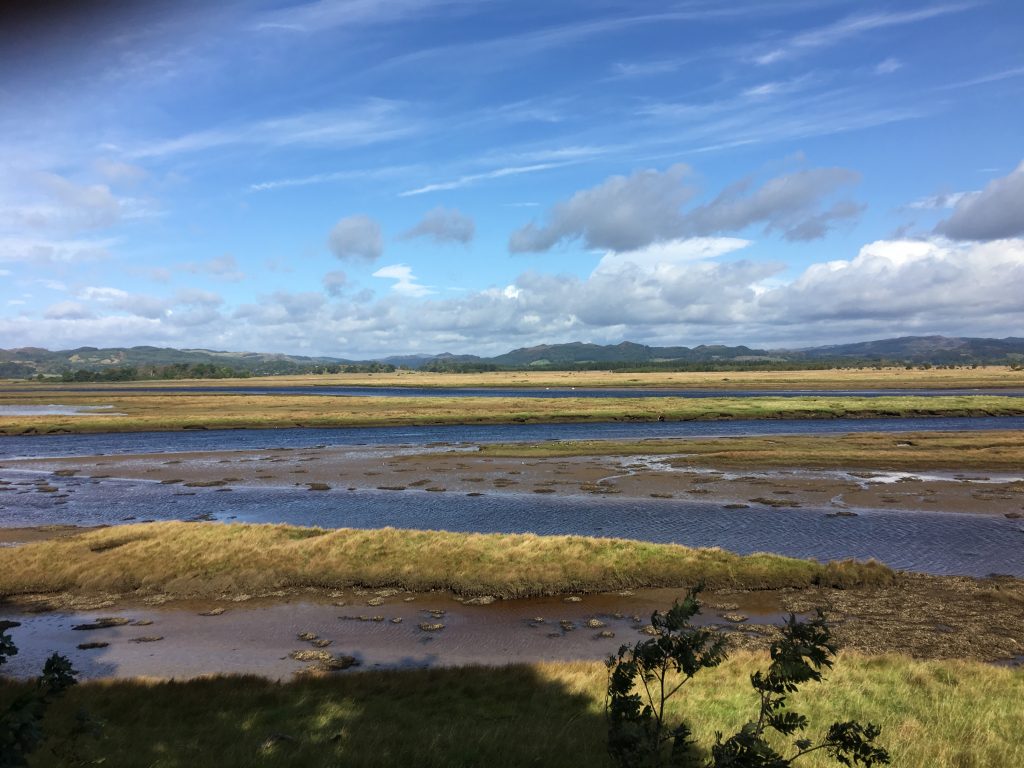 Because we were enjoying the day we went a bit further through the Knapdale forest roads before making it back to Bertie. 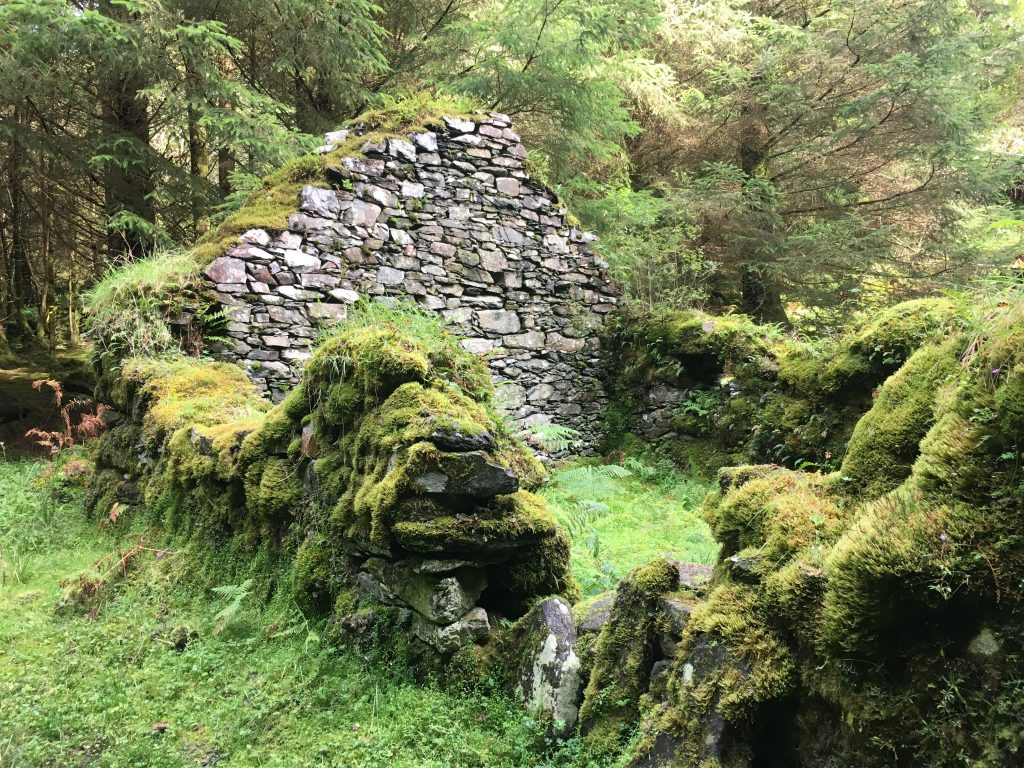 It was still fairly early and we debated what to do next. Ideally we wanted to research our trip to Mull, but we couldn’t get online where we were so we thought we would move on. We stopped first at the parking area for Carnasserie Castle, but still no internet access here so we popped up to the castle for a look around before moving on further. 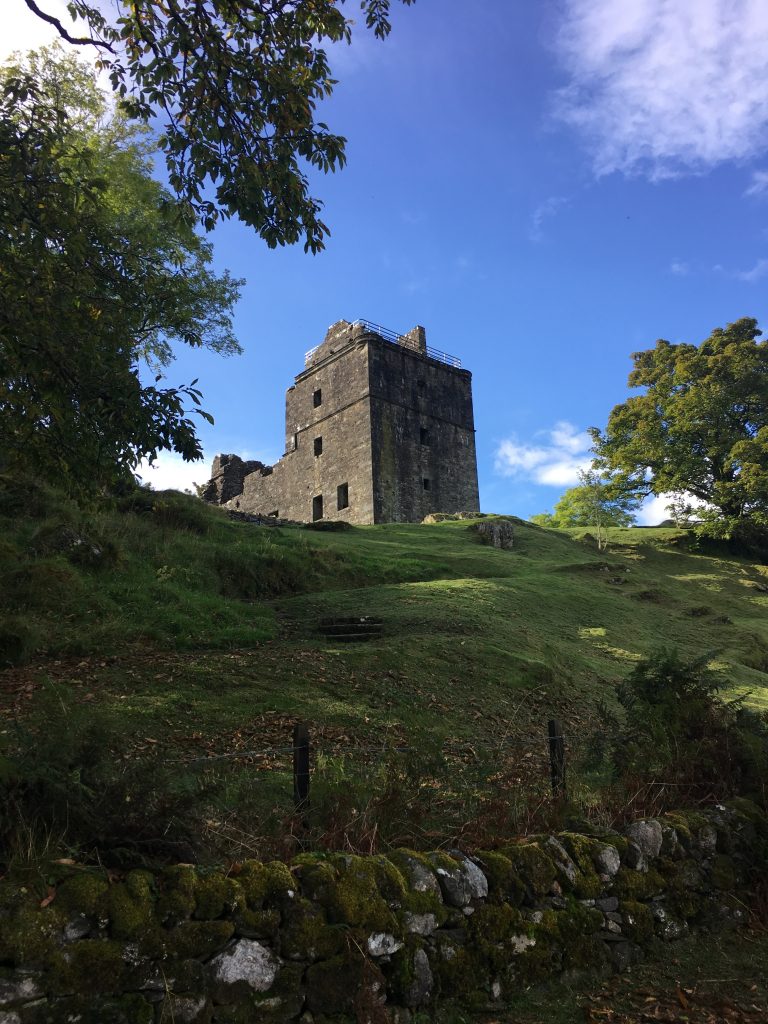 In the end we moved on a lot further than we had expected, ending up parked alongside the A816 just south of Oban in a layby where we were able to get some signal. 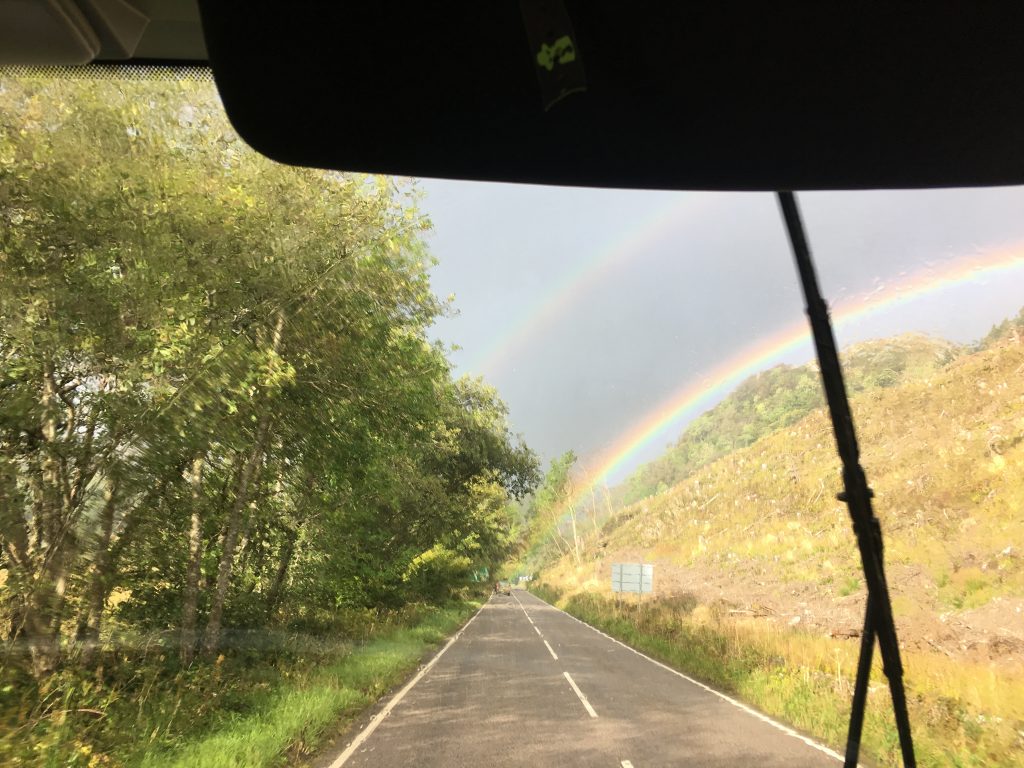 We booked ourselves on the ferry to Mull for the following day and did some research into possible places to stay and things to do. We had quite a long list and crossed our fingers for fine weather. We also booked into a campsite for a couple of nights when we got there as we had a lot of dirty laundry and wanted to do some washing.
Once we were sorted we felt more relaxed and sat watching the waters of Loch Feochan for the remainder of the evening.

3 thoughts on “A Bit of Nostalgia”